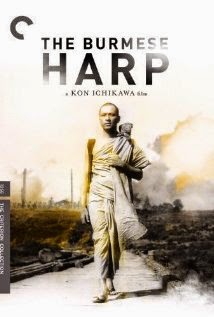 One of the first films I wanted to right up for Unseen was Kon Ichikawa‘s Harp of Burma or The Burmese Harp. Despite numerous efforts to do so I never have. The problem for me is that the film is so powerful and so moving to me that I can’t find the words. To me the humanity in the film is so powerful that it obliterates any of the flaws of the film (it’s a tad too mannered at times).

The film is set at the close of the Second World War in the Pacific. As the Japanese rally and try to make sense of what is going on one of their number will keep their spirits up by playing the harp. When the hostilities finally end, the men are placed into a camp by the Allies. However word of the end of the war hasn’t reached all the Japanese positions so they ask the prisoners if one would go into one of the strongholds and try to talk the men into surrendering. A man named Mizushima goes.The meeting doesn’t go well, he isn’t believed and the men think he is a traitor and they elect to fight to the last man. The end comes sooner then they think when the shelling resumes everyone is is killed. Everyone that is except Mizushima, who staggers out into the jungle. Not sure of what to do or where to go he wanders the countryside horrified that the bodies of his fellow comrades have been left to rot and decay where they were killed. Deciding he cannot allow this to be he decides to bury all of the dead where ever he finds them.

Almost five years on at Unseen I still don’t have the words. This film floors me each and every time I see it. And every time I see it I try to explain why it moves me so but I can’t find the words. What I always stumble on is how the film is a near perfect antiwar film, and how it is a touching memorial for those who died. It’s not just Japanese who died but anyone who died. We will remember. We will return you to a place of dignity despite the indignities of war and of your death. This is the return of humanity after the inhumanity of war.

I am beyond words. This film places me to somewhere that is all emotion and nothing else.

I don’t know what to say beyond just see it other than to say this is on my list of the greatest films ever made. 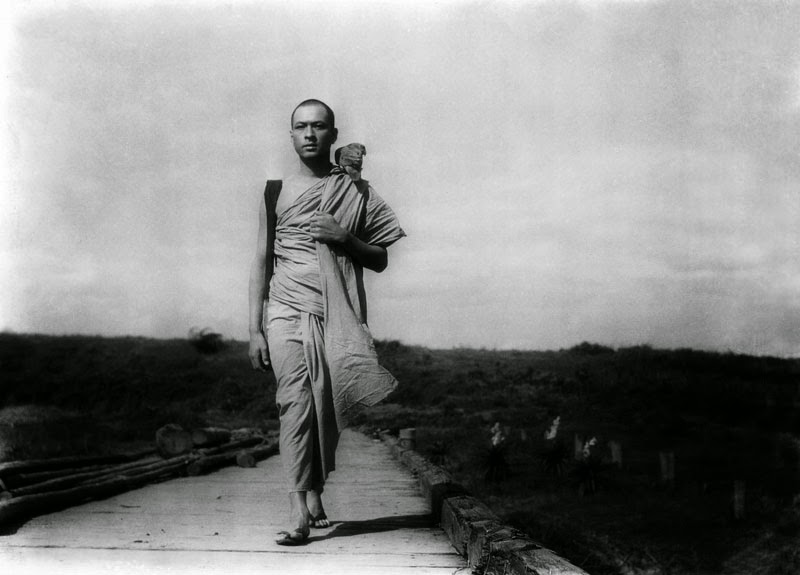