FOOD-ON-FILM: A WEEKEND WITH ALTON BROWN coming to the Metrograph November 12 and 13 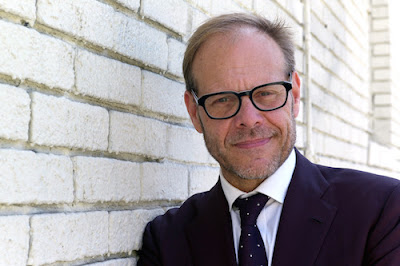 Brown In-Person Presenting The Cook, The Thief, His Wife, and Her Lover, Big Night, God of Cookery, and more!

On Saturday, November 12 and Sunday, November 13, Metrograph will present "Food-On-Film: A Weekend with Alton Brown." Although Brown is known mostly for his work in food media, his first career was as a filmmaker. He worked as a cinematographer back in the good ole days when film was film, and video was for the six o’clock news. His big break came when he shot the music video for R.E.M.’s "The One I Love,” which allowed him to transition to directing commercials for everything from tires to seed corn, before deciding to head to culinary school to get the background for his show Good Eats (which ran for 14 years and earned a Peabody). During all his years of food work, Brown has kept a running list of his top food films in the hope that one day he could host an actual “food on film” festival. Then he discovered Metrograph. Now he’ll be hosting "A Weekend with Alton Brown," right before his live show, Eat Your Science, debuts on Broadway.

"Long before I picked up a pan and got in front of the camera, I lived my life behind one, as a cinematographer and a commercial director. So while most folks got their food fix in restaurants, I fed my fascination in a cinema seat. Movies about food and cooking have always fascinated me and I’ve long dreamt of mounting a 'food on film' series. The perfect venue of course is Metrograph, the only retrospective theater I know of with a terrific bar and a ‪commissary in house. Together we’ve composed a tasty weekend menu combining American classics, foreign delights and a few funky feasts including my personal favorite, Steven Chow’s God of Cookery. I’ll be on hand to introduce all the screenings and hope we can have some lively discussions afterwards. Oh, and try not to drool on the seats." – Alton Brown Alton

For tickets and more information go here.
Posted by Steve Kopian at October 13, 2016