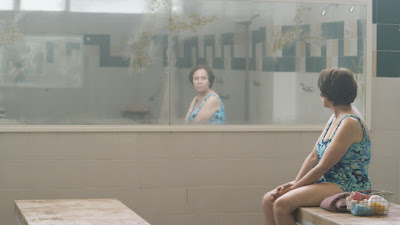 Adriana Barraza potentially could be on the road to her second Oscar nomination in EVERYTHING ELSE a raw real emotional film about connecting with the world.

Barraza plays a long term civil servant who lives alone and only connects to the world by watching. Her only meaningful relationship is with her cat, but it dies her life is thrown into turmoil.

A carefully observed film this is a near documentary style film, which isn't surprising since director Natalia Almada previously only made documentaries. Its also similar to some of the films of the late Chantal Akerman with it's "this is life" approach.

From a plot perspective there isn't much new here. You've probably seen films similar to this before, even to the point of the not finding the main character's lack of physical connection to anyone or anything a bit old hat. On the other hand those other films didn't have Adriana Barraza at it's center. Make no mistake about it Barraza is the reason to see the film and what she does is simply an acting masterclass. This is how to create character with just a look or a move or a stance. Brraza doesn't say very much constructive at all verbally but her every move  speaks volumes and effectively reveal her whole life to us. Its a performance for the ages and one that I can't say enough good things about.

EVERYTHING ELSE plays October 14 and 15. For more information and tickets go here. 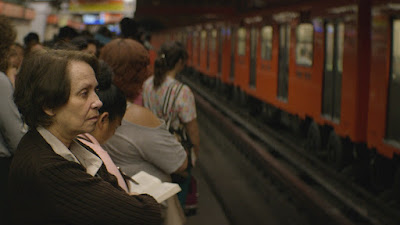