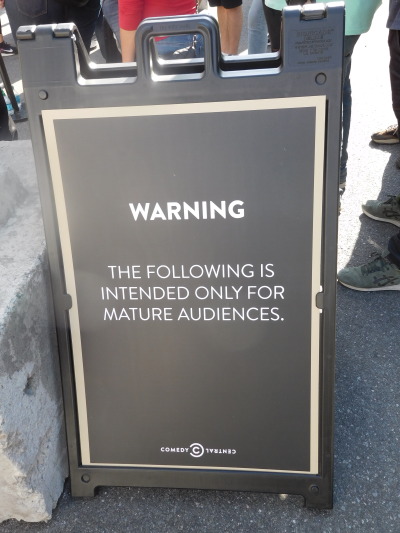 I was not supposed to go to New York Comic Con this year but when Randi couldn’t get the day off I decided to use the ticket I bought for her and attend. It was an odd experience for me since I had essentially 3 hours to see it all and report back. I did not attend any panels I simply wandered the whole convention space.

My initial impressions was that the fest seemed less crowded. The past few years Thursday was, like all the other days, tough to move around. Admittedly the day tends to be light, but it was kind of pleasant. 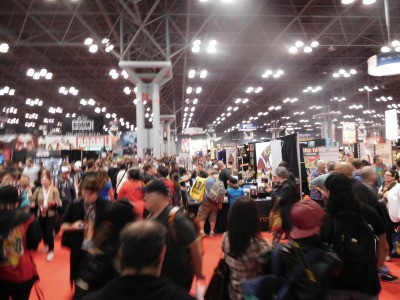 While there were signs saying not to cosplay pose in the aisles there didn’t seem to be that many people cosplaying- but again it was Thursday.

The sad thing is that because I couldn’t get a for day pass and was shut out of a press pass I couldn’t cover the panels this year. Looking at the schedule there was a large number of small panels I would have happily covered through the weekend but because of the sellout I couldn’t. No offense Reed Pop because you put tickets on sale so far in advance I have to make plans to cover six months before the show and almost as many before any panels are announced. I have to go in blind about coverage and hope so last year when I didn’t cover much it was because there wasn’t much film-wise. I will say that I do like the twitter announcements this year as well some of the taping in for panels which would have made covering them so much easier than in previous years where you had to line up for two hours The much heralded pre-registration in order to stop scalping was a joke. There were plenty of badges to be had. More amazing the pre-registration was pointless since when you scanned in it simply said it was a valid badge and had no indication who was using it. I spoke with a couple of people who were really pissed off that Reed Pop made everyone jump through hoops and it didn’t matter because it was simply a data mining expedition. Had they had known that was the case they would have bought more badges for friends and family who failed to register.

Those of you who love to shop at the smaller retails will be sad to know they are all gone. The pricing  for booths has finally driven everyone small out of the con. Walking the floors it was all larger retailers- all selling similar things – T-shirts, mystery boxes and Funko Pop figures. There was very little variety. Worse some of the deals on many items such as the Funko figures were no deals. Unless there was an exclusive you’re better off at Walmart. 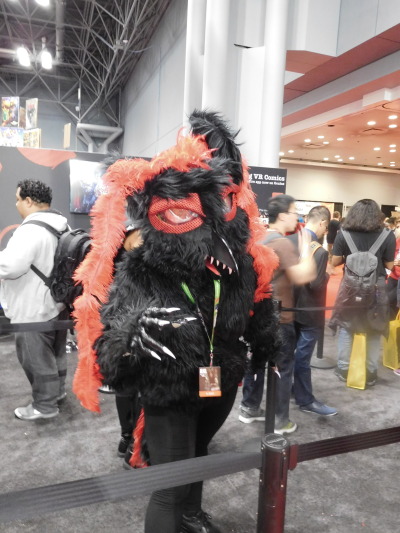 Sadly its largely expensive commercialism and very little love. Several buyers I talked to said they were done on the first day because there is nothing they can’t get elsewhere. Normally they would spend days buying stuff from small mom and pop manufacturers or retailers but as the cost of booths soared there was less people on the small side of things. Now there are no one so there was no reason to come back.

Talking to guests the feeling of this year the con was mixed. Yea it was only the first day but there was, for many people, a feeling that it was off. Yes there were events they wanted to see but there was no real genuine excitement-part of it being so much of it is streaming so why be there. Additionally several people on the trains mentioned how much they liked Eternal Con which is held in June on Long Island as being less big business. Its more for fans by fans in feel. Equally liked is the reemergence of Mike Carbo’s Big Apple Con. Carbo had sold Big Apple  to Wizardwho killed it the first year out, but now Carbo is taking back the crown and people are saying good things about its homey feel. 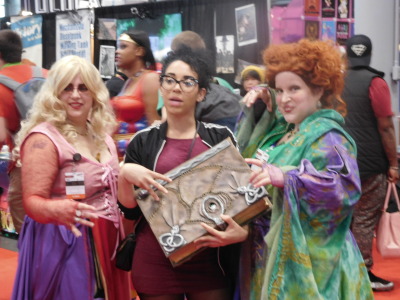 Clearly Reed Pop is now not going to have me back as press, but they will take my money so there is a good chance I may get a ticket and go for at least one day next year. I’ll be curious if they make a course correction or continue on into impersonality. 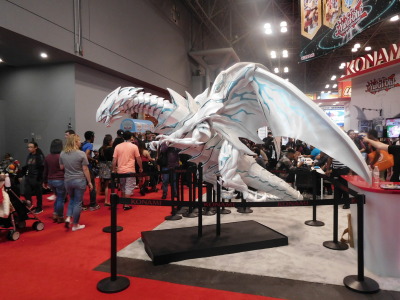 Email ThisBlogThis!Share to TwitterShare to FacebookShare to Pinterest
Labels: not a movie, nycc 2016