I don’t have a great deal to say about BRIGHT LIGHTS other than see it. It’s simply that good and it doesn’t need anything more from me.

The film is a look at the relationship between Carrie Fisher and her mom Debbie Reynolds. The film revolves around some of Reynolds final performances in Connecticut and Las Vegas. We watch the duo as they talk kibbutz and get ready to perform. We also get a look from a the outside with commentary by Carrie’s brother Todd. And we watch the star making performance from Carrie’s best buddy, Jerry. 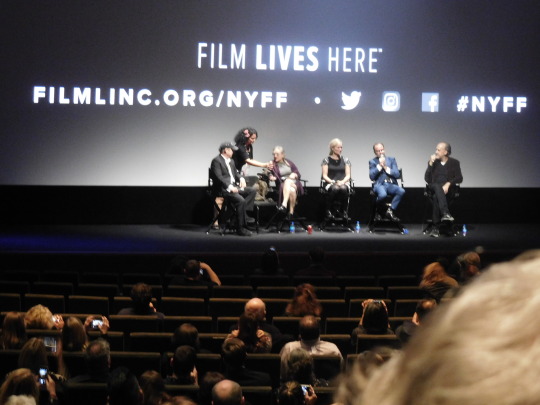 The film is both hysterically funny and deeply heartbreaking. Watching Carrie with her dad is incredibly sad (she won’t watch they footage) and it breaks your heart to watch how age and illness slows Reynolds to the point where she can’t really perform any more. On the other hand watching Carrie be Carrie and Debbie be Debbie provides some of the most genuine joy of the year.

I do have to say the post screening talk with Carrie, her brother and the filmmakers was really cool, providing one of the best New York Film Festival moment ever when Debbie Reynolds called in and sang a bit. It was a marvelous three and a half minutes. I also loved it since there was only one Star Wars reference.

One of the best films at the New York Film Festival. I can’t wait for it to hit HBO so you all can see it too.