TONI ERDMANN is one of the biggest disappointments of the last few years. Word out of Cannes and elsewhere was that God herself had come down and manifested herself in the form of an honest to god comedy from Germany. If you were to see the film you were going to see the greatest film of the last (fill in the number) of years. This was the way the film was introduced that way last night. This was a film that was going to not only live for all time in the pantheon with the greatest films ever made but it would cure the blind, raise the dead and assure you passage into paradise.

What a complete and utter load of crap.

Actually even if you lowered your expectations as I had (all of the big critical darlings up to this point had been disappointments to one kind or another) the film was still a mess and made you wonder if the critics in Cannes and elsewhere, had traded good reviews for cash or had seen a version of the film that was considerably different than the almost 3 hour butt buster that played at Alice Tully Hall. (If you cut half this film away you would have a great film) Why anyone would think that the film is one of the greatest films of the year or any year is completely beyond me since in it's current form the film is at least 80 minutes too long It is rambling, unfocused and totally clueless about what it is about. While the film does contain laughs (including at least one of the biggest belly laughs of the year) but the film is not the comedy it's billed as, as the final shot of the film seems to indicate.

I suspect that anyone who finds the film deep and meaningful has been told what the film is either by the director, the press notes or reviews that lay it all out. That may be all well and good going in knowing what the film is about but taking it on face value and knowing only what is on screen, as I had and many in the NYFF screening I attended, results in in the film not seeming to be about anything. Even the repeated notion of never losing your sense of humor is kicked to the curb because everyone is so god damn miserable and most of what passes for humor is cruel and unfunny unless you are watching it safely from the outside - we are laughing at the situation as if we are gods laughing at stupid human, never with anything that happens.

The plot of the film has a young woman visited by her jokester father. He loves goofy teeth and playing jokes to liven up the situation. The trouble is no one is ever sure if its a joke or not. As she tries desperately to put a multi-million Euro deal together he puts on a wig and becomes the titled character. Amazingly she drags him across the country and into meeting at embassies and the like. 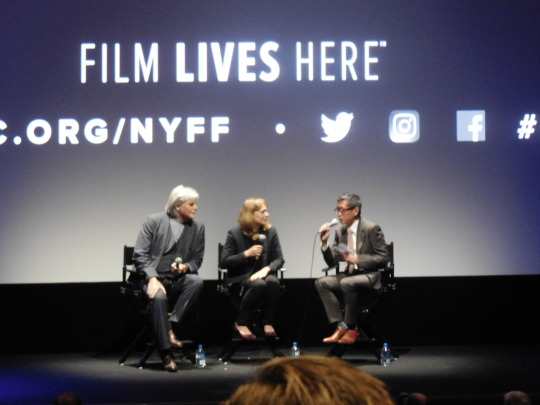 Why she drags her dad anywhere boggles the mind. Anyone with any sense would have kicked him out ages before. While the idea of he's family is fine, I've blown my stack for less at my family so why she puts up with his shit, when it isn't really funny, and is often cruel, is beyond me. The unbelievibility goes off the charts when the Erdmann alter ego shows up because it's just the wrong sort of bat shit crazy.(Most amazingly no one recognizes him as her dad)

Then again the film is full of weird twists and plot lines that go nowhere, from numerous mentions of a blood pressure monitor,  a naked party,  a semi-graphic sex act with a dessert to any number of other things that just happen and are dropped.

That weird things happen out of left field isn't really surprising since director Maren Ade said that over 100 hours of material was shot for the film. That's way too much and the film suffers for it since there are these numerous WTF moment that result in laughter but don't fit in with the story (and don't say that's life, some of things that happen are just too damn forced). Everything is unfocused and feels like they were making it up as they went a long without a clear direction. While I do like some of it, some of it, like the sex scene doesn't need to be there-or at least not in totality. These weird moments give really odd shading for many of the characters that don't fit in with how we see them the rest of the time. This is especially true of the daughter who gets any number of the moments (The sex scene, the naked party) that make you step back and wonder who is this person. This is something beyond being scarred by her dad.

There is absolutely no reason for this film for this film to have been longer than 90 minutes- none. Any notion that that it should be is out of touch with reality since in coming to NYFF for the last 25 years have I never seen so many people checking the time as much as during this screening- nor have I seen so many people snoozing. Yes there were waves of laughter at times but rarely was it everyone in attendance. I go to public NYFF screenings to gauge the audience because hat happens in the critics screenings is rarely what happens in the public. I don't think there was a great deal of love for the film.

When the film ended  Nate Hood said to me that his over riding  thought of the film was that it seemed to be a three hour joke with a punchline that no one would explain to him. Clearly the joke is on the critical community who have fallen for some kind dog and pony show that they have mistaken for grand opera.

In fairness TONI ERDMANN is not a bad film there are moments in it (including some very funny ones) but any notion that this is grand cinema is wrongheaded  and deluded. 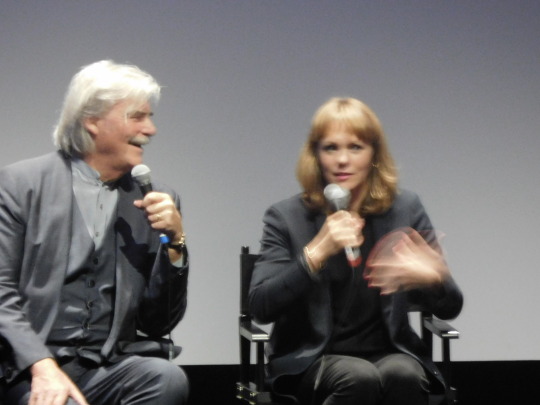