Nightcap 10/23/16 Can we review film where we are not part of the group?, more films at the Japan Society, Tall Grass Film Festival Winners, LaCosta Film Festival winners and Randi's Links 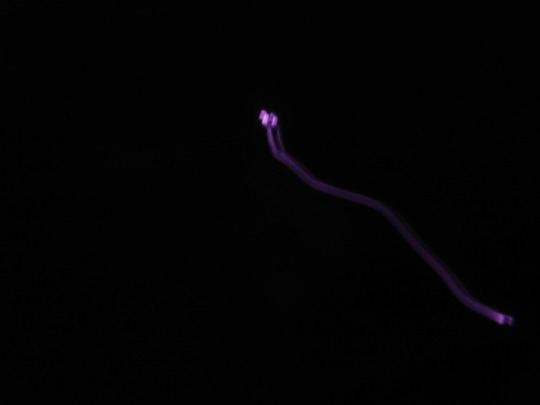 Good friend Nate Hood reviewed Shin Godzilla earlier this week and he liked it. Several hours after posting his review he tweeted that someone had told him that he shouldn’t be reviewing the film because he was an American. We joked about how this meant that from now on we can’t review or watch films not produced in America. Then we all went on our way...

And then I got into a discussion about Ava DuVernay’s 13th with an acquaintance who is also a film writer. They had liked the film but didn’t love it. However they were not going to review the film because they didn’t want to get into any sort of heated argument over the film. They were afraid that someone would take their criticism of the film as being racist. I had a similar feeling and while I did review the film, I slightly mitigated my words so as not cause them to be used to infer something that wasn’t true.

Pondering the discussions as well as incidents this year where I’ve been told I’m the wrong gender, wrong color or wrong whatever, I’m forced to ask if we have reached a point where we can’t have truly review films any more. Have we reached a point where who we are instantly disqualifies us from reviewing a film that doesn’t fit our set of labels concerning gender, race and religious belief?

For me it’s ludicrous for anyone to expect a film, or a novel or a piece of music that is out in the world is only going to speak to one group or should be only commented on by similar groups as those who created it. Any artistic work may speak to a certain group more than others but any work of art transcends that group and speaks universally. The just released Moonlight is nominally the story of a young man of color who comes to terms with being gay. However the film transcends that narrow subject to be something greater speaking to everyone about the human desire to come to terms with who we are and it explores how we approach the thing we want most in the world. To be certain that had I been a gay black man it would have resonated more, but just being a hetero white guy it still spoke volumes to me. There is something universal about the emotion

There is no doubt that having connection to a subject will change how we see a film but at the same time that doesn’t mean we can’t comment on a film. Films should speak to us as humans not as members of a subgroup. My commenting on a film that doesn’t not mirror my background simply is a reflection of how universal something is. If it speaks to me or someone who isn’t part of a group means that the tale told is something larger than its subject. It makes it a greater work of art.

At the same time while I comment on a film I have to be aware of my disconnections. I have to be willing to say that the film didn’t work for me because, say as I man I couldn’t connect to a woman’s plight. Equally needing note would be to say that the life in a cave in Kazakhstan may have had no resonances for me living just outside NYC. I also can’t dismiss something because I disagree with its point of view unless I am willing to discuss why.

In truth if anyone puts something out for the world to see they must be willing to take criticism. That’s something I’ve had to deal with doing Unseen where people have told me some terrible things. Sometimes they were earned, but most times they have not. In each case I’ve bucked up and accepted it.

At the same time those who love something or are part of a group need to understand that they can’t protect a work of art or put conditions on whether I like something or not. Back when Ava DuVernay’s Selma was released many people I know caught flack for not raving about the film. They were sent emails saying they were racist or couldn’t understand because they weren’t black. Never mind that their objections were based on the altering of history or artistic choices, they were labeled as something they we not. The blow back of that was why my friend didn’t want to review 13th.

As a writer I can’t let fear of being told that I am not allowed to review something to stop me from saying my piece. If a work of art is out in public then I am allowed to comment. If no one wants a comment they shouldn’t be putting it out there. I am never not going to review something because I’m potentially going to get beaten up for it. I’m going to review films from every sort of filmmaker from all over the globe.

If you don’t like what I say about something feel free to comment on it. And do realize that if you are afraid that what I say matters enough to destroy something you really over estimate my power. Additionally if you are afraid of what I, or my fellow writers, feel about a film take comfort in knowing that in the end that what we say will mean nothing in five years’ time when that which you love will either have sunk to be forgotten or will have transcended our mere words to be considered a classic.
----
Earlier this week I ran a piece on the Japan Society POP GOES CINEMA  series. However there is more going on November and December:

Monthly Classics: The Only Son (Hitori Musuko)
Friday, December 2 at 7 PM
1936, 87 min., 35mm, b&w, in Japanese with English subtitles. Directed by Yasujiro Ozu. With Choko Iida, Shinichi Himori, Masao Hayama, Yoshiko Tsubouchi, Chishu Ryu.
Yasujiro Ozu’s first foray into talkies provides a blueprint for the widely-celebrated masterpieces that followed. Touching upon the universal themes of family, love and disappointment for which Ozu is celebrated, The Only Son is a wonderful entry point to the master director’s unique cinematic world. Ozu was born December 12, 1903 and died on the same day 60 years later. Tickets: $13/$11 seniors and students/$5 Japan Society members.

For tickets and more information go to the Japan Society Webpage

Best of the Festival:
THE LONGEST JOURNEY
Director: Nathan Apffel

BEST PRESENTATION:
Bistro West
----
This week at Unseen a few more new releases as things wind down and we go into a holding pattern until DOC NYC. I have a bunch of films to look at For that, for example I have to finish the ESPN OJ doc and the Amanda Knox film. I'm trying to work out what I'm seeing there and that's taking priority- though I just got an inde film for review that was shot two blocks from my house so I have to sit down and watch that.
----
And some links from Randi