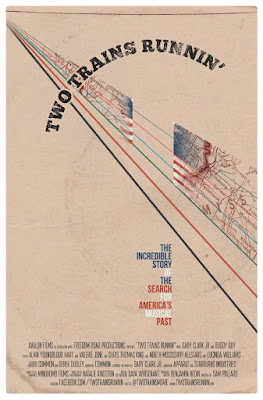 It is 1964. As Freedom Riders invade the American South to end segregation, there are two other groups of young people, one from California and one from New England also traveling  South, however not to change America but rather to find the lost performers who played the blues decades earlier.

Great music fills this story that plays like a middle of the pack American Masters or similar series documentary. If you love good music and the blues in particular then you are going to love this story of who a bunch of white kids who didn't know any better went into the lion's den in order to find and retrieve their musical heroes. It sounds crazy, but it did happen and it resulted in boom in the blues as many blues musicians resurfaced and influenced the next generation of rock and roll.

While this is most assuredly a solid little film, the film is hurt by a construction that makes it seem like many PBS documentaries. It also never completely blends the Civil Rights tale with that of the young man searching for the blues. Yes, its there but how it's framed keeps it on the outside to the music, even when it's the focal point of the film.

Speaking of the music, that is everything here. This film is full of music from start to finish, both classics by the founders of the genre but also the next generation(s) of blues players. Writing the film up several hours after seeing it I find that much of the film is not in my head, except for those where Sun House, Skip James and the other musicians play. Its a great tale, but I'd rather put on the soundtrack rather than see the film again.

A must see for all music lovers. All others can pick and choose depending on their mood.