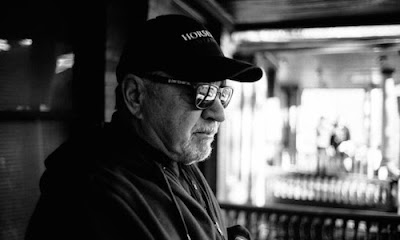 As an influential film critic, screenwriter, and director, Paul Schrader has always gone his own way, whether picking fights with auteurist lemmings, courting controversy with the powderkeg script of Taxi Driver, or constantly developing and discarding radical stylistic approaches in his own films. His latest cinematic melee, Dog Eat Dog, proves Schrader hasn’t mellowed with age. Metrograph is pleased welcome Schrader in-person for a brief tribute to a most unquiet career, from October 29 to November 1.

Dog Eat Dog (2016/93 mins/DCP) - Schrader To Appear In-Person!
This highly anticipated new film from Paul Schrader is a transgressive, genre-defying crime drama starring Nicolas Cage, Willem Dafoe, and Christopher Matthew Cook as ex-cons who are hired by a mysterious mob boss to kidnap a baby for a high ransom. When the abduction goes awry, the unholy three find themselves on the run from both the mob and the cops. Vowing to stay out of prison at all costs, their escape becomes an odyssey skidding and zig-zagging between life and death. Based on the novel by Edward Bunker.
Sat., Oct. 29 - 8:00pm

Affliction (1997/114 mins/35mm)
In a snow-bound small town in New Hampshire, policeman Wade Whitehouse (Nick Nolte) digs into a possible murder case, all while dealing with the death of his mother, the increasingly uncontrollable drinking of his father (James Coburn), and the persecution of inner demons. A grueling actor’s duet, and an extremely personal film for Schrader, exorcizing memories of growing up under a domestic dictator.
Tues., Nov 1 - 9:15pm

American Gigolo (1980/117 mins/35mm) - Schrader In-Person At 3:30pm Screening!
Richard Gere, Lauren Hutton, Giorgios Armani and Moroder, “visual consultant” Ferdinando Scarfiotti: this is the movie where Schrader found a new alchemy of style and soul, fusing Italian design and west coast cool, queer aesthetics and religious art from the 12th century to Robert Bresson. Quite simply one of the most visually influential films of the 80s… though imitators often forget the humanity at its core.
Sun., Oct. 30 - 3:30pm, 8:30pm

Blue Collar (1978/114 mins/35mm)
Schrader swings for the fences in his feature debut, starring Richard Pryor, Harvey Keitel, and Yaphet Kotto as a trio of Detroit auto line workers who, tired of getting it from both ends from management and the union, decide to bust open the union piggybank, falling afoul of some real bad dudes in the process. No movie would ever again get such pathos from Pryor, also inevitably funny in this, his very best fiction film performance.
Tues., Nov. 1 - 7:00pm


Mishima: A Life in Four Chapters (1985/121 mins/35mm) - Schrader To Appear In-Person!
Self-destruction and the (particularly masculine) death drive have been constants in Schrader’s filmography, so it’s only natural that he would be attracted to the story of Yukio Mishima, the renegade/ultra-traditionalist Japanese artist who lived his life as an artwork, with his seppuku his final masterstroke. Starring a masterful Ken Ogata as Mishima, with Philip Glass’s stirring score accompanying sumptuously stylized visualizations from Mishima’s body of work.
Sat., Oct. 29 - 5:45pm