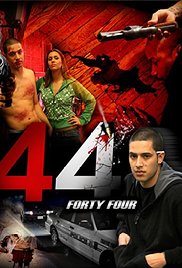 Story of Migs, a kid who just turned 18 who is running his dad's drug business while dad is away in prison. Staying with his Mom, a New York City cop he is forced to try and walk the line between good and bad. Things however get complicated when his father gets out and wants back into the game.

Low budget, low key crime drama that has its limitations thanks to the budget and uneven cast, but the film has a great sense of place and reality that over comes its limitations. Absolutely one of the better "gang banger" low budget films that seem to have been made by people in the know that have appeared over the last few years (actually its one of the better low budget independent films).

While no where near perfect it is good enough to draw you in and keep you interested. Best of all its got an ending that is affecting.
Posted by Steve Kopian at September 23, 2017