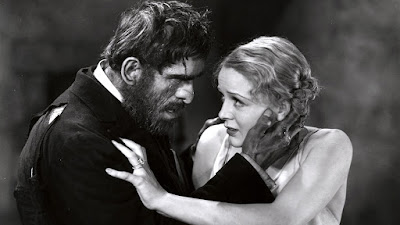 The Old Dark House is a send up of old dark house films which had come into vogue in the late 1920's and then never really left.

Based on JB Preistly's book Benighted the film (which Priestly hated) has a bunch of travelers ending up at the Femm house on a dark and stormy night. Mayhem ensues as does lots of very dry and very funny things.

Played completely straight by a glorious cast. Karloff, Charles Laughton, Melvyn Douglas, Gloria Stuart, Ernest Thesiger, this is a lost classic. It is one of those films where everyone is really into their parts and plays them with relish. Everyone is clearly having a good time.

One of the reasons the film works as well as it does is that James Whale understood the conventions of the old dark house genre so well that he could make a film that works both as a send up and as a straight on thriller. While there are laughs there are chills as well.

Though always floating around in the public domain  the film had left the care of Universal who essentially left it to die. The prints were so bad (Ifirst saw this in a version that made the film look like a radio show) that few people wanted to run the film and even the official DVD looked less than thrilling. Director Curtis Harrington took of the cause which has resulted in a 4K restoration that makes the film far from dark and a must see- especially if you only know the crappy previous versions.

What can I say this is a classic. It is a lost horror great and an absolute must see

The Old Dark House plays Saturday at NYFF and then starts a week long run at the Quad in New York the following Friday.

For details on the NYFF screening go here

For details on the Quad run go here 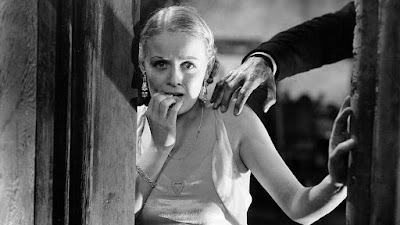