This year the New York FIlm Festival is doing a whole side bar  of 24 Robert Mitchum films. They are screening so many that they essentially make up a whole festival on their own.

While I would have loved to gone to every film in the series (come on Mitchum on the big screen is a must) timing was wrong for most- especially for the ones I wanted to see most.

While it is still possible that I may wander into a film or two- I have gaps I need to fill-and I may still wrangle a piece or two from one of the other writers, for the moment I'm left with simply scribbling a line or two about some of the films. 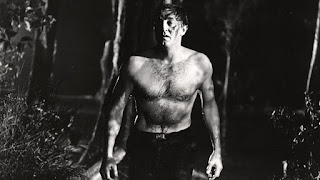 Cape Fear (1962)
Mitchum vs Gregory Peck.  Mitchum plays one of his quintessential bad guy roles as an ex-con looking to make the lawyer who testified against him pay. Its a tense cat and mouse game with Mitchum perfectly pitted against Peck 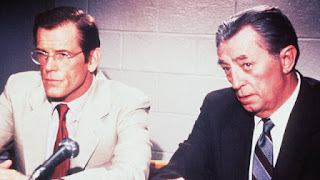 Cape Fear (1991)
Mitchum plays a cop in a cameo role in a remake which has Robert DeNiro taking on his old role as Cady. While Martin Scorsese tries his best the film never achieves  the level of the original. Personally hat I like about the film is that Freddie Francis who made numerous gems for Hammer is the DP and on occasion offered advice to Scorsese to kick up the fear. 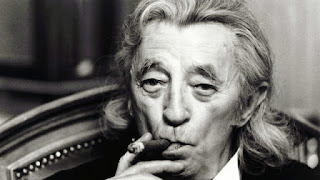 Dead Man
Jim Jarmusch's off kilter allegory of life and death has Mitchum in a small role as a factory owner. Its a small treasure in a film that will et your gray cells going as you ponder what its all about. 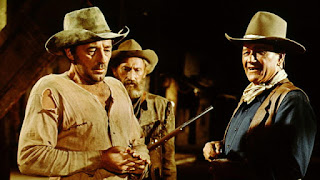 El Dorado
One of two of Howard Hawk's remakes of his RIO BRAVO is one of my favorite westerns. Mitchum teams up with John Wayne and James Caan to take on bad guy rancher Ed Asner. It a sheer delight as everyone just wings it and has a good time. Just get popcorn and go.
A sterling noir melodrama 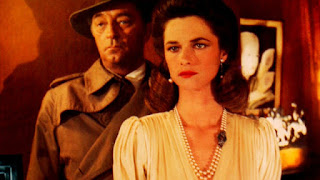 Farewell My Lovely
Mitchum was born to play Phillip Marlowe. He did it twice in the 70's one modern day THE BIG SLEEP and one period, this one. Mitchum is note perfect in paying a world weary shamus trying to find a missing girl. Its a stunning turn that had it been made in the 40's would have been a series. One f the absolute musts of the series. 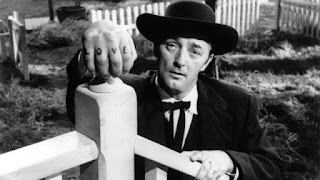 Night of the Hunter
Charles Laughton's only directorial effort is a southern gothic nightmare as a man tries to get the fortune of his dead cellmate by marrying his widow. There are complications of course. A great thriller plays even better in a darkened theater where the shadows bleed into the darkness and Mitchum's evil can not be escaped. 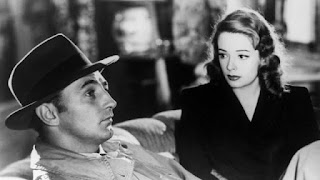 Out Of The Past
Remade as AGAINST ALL ODDS with a Phil Collins title tune, OUT OF THE PAST one ps everything as Mitchum and Kirk Douglas butt heads over Jane Greer who makes Mitchum go against his code.  This is just a gripping melodrama and a recent TCM screening had me late for an appointment because I simply couldn't stop watching. 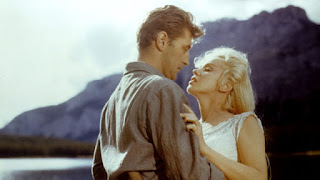 RIVER OF NO RETURN
Is a really good western that has Mitchum and Marilyn Monroe fleeing indians. I highly recommend the film since its a really big widescreen film and the chance to see it huge should not be passed up. 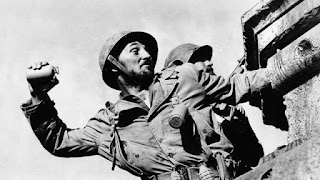 The Story of GI Joe
Mitchum stars as Ernie Pyle the iconic WW2 reporter who was much loved by his readers as the soldiers he covered.  WHile Mitchum was a name actor before this I've been told by several people this was the film that cemented him in the hearts of millions

For more information and tickets to any of these and more films go here
Posted by Steve Kopian at September 27, 2017