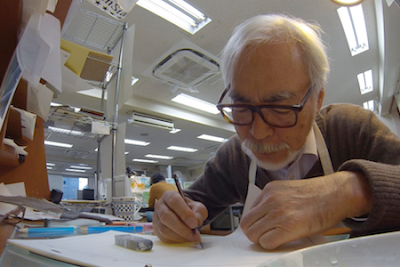 It's Labor Day Weekend so this is going to be brief:

It is now officially the Fall Festival Season.

The first of the big ones for us is Toronto which starts this week. I’ve already got some reviews already set up- I’m waiting for some PR people to send me some the links and screening info.

From there we’ll be wading into New York Film Festival full throttle. Plus we’ll be having coverage of New York Comic Con and tons more.
-----
The Japan Society is running a new doc on Hayao Miyazaki on September 29 for FREE
Details here
-----
This week look for new releases (including some of the best of 2017 so far) and after that the slide into the madness.
----
And now some links ala Randi