RED TREES is Marina Willer's portrait of her father Alfred's life growing up before the Second World War, to being part of one of only 12 Jewish families from Prague to survive the Concentration camps onward toward his emigration to Brazil where he started a family of his own.

A loving portrait of the man and his times told mostly through present day images with Marina's recollections, her father own words and his memoirs (the latter read by the late Tim Pigott-Smith) this is the cinematic equivalent to having a family member tell you about the old days when they were growing up. A low key telling it's not so much full of overt horrors as it is heavy nostalgia and the very weight of history as lived.

On it's own terms RED TREES is a  very good film. It is an important film in that it shies away from strident drum beating to gently worm its way into your head and heart.  While there are no grand revelations about the Holocaust the film returns the story to the human one on one level that is necessary for it not to be forgotten.

While you no doubt will have seen similar tales you probably have not seen them told quite like this. 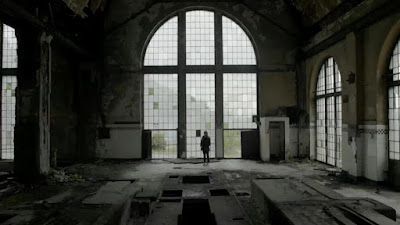