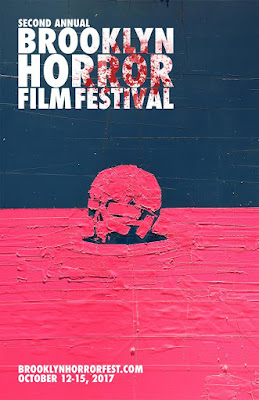 Take a look at our 2017 schedule HERE
BUY TICKETS HERE!

The Brooklyn Horror Film Festival returns to New York City October 12th till the 15th and tickets are now on-sale for the hotly anticipated Fall festival! BHFF is proud to present more than twice as many feature films as last year as part of our expanded second edition. “This year we’ve grown to a four-day festival and are very excited to be extending our reach to audiences beyond North Brooklyn, into Downtown Brooklyn and Crown Heights,” says fest director Justin Timms. “Starting with our opening night at the new Alamo Drafthouse in downtown Brooklyn we’ve also added Nitehawk Cinema, LIU Kumble Theater, Film Noir Cinema & Video Revival this year to go along with our key theaters from last year Wythe Hotel Cinema, Videology Bar & Cinema and Spectacle Theater.”

Highlights of our 2017 edition include HOUSEWIFE on opening night at the Alamo Drafthouse Downtown Brooklyn, our FEAR IN FOCUS: MEXICO SIDEBAR, Centerpiece films COLD HELL and MAYHEM co-presented by Shudder, the World Premiere of locally made GET MY GUN, and closing night at the Wythe Hotel Cinema with THE BOOK OF BIRDIE.

Our full line-up of features can be found below. For more information on shorts, events, and screening locations visit please visit the 2017 Program on our website HERE

1974 (EAST COAST PREMIERE)Mexico / Dir. Victor DryereSponsored by El Buho MezcalShortly after getting married in 1974, the young couple Altair and Manuel disappeared without a trace in Mexico. Through a collection of 8mm tapes and home movies, the newlyweds’ fates are revealed in all of their bizarre and terrifying glory. A much-needed shot in the arm for a tired horror style, Mexican filmmaker Victor Dryere’s genuinely unnerving 1974 deserves mention alongside found-footage gems like [REC] and PARANORMAL ACTIVITY.THE BOOK OF BIRDIE (NORTH AMERICAN PREMIERE)UK / Dir. Elizabeth E. SchuchEmotionally fragile and prone to hallucinations, shy teenager Birdie is placed in a convent. Birdie’s new surroundings, however, trigger her deepest and darkest obsessions, most prominently her love of, and fascination with, blood. Anchored by its all-women cast, first-time director Elizabeth E. Schuch’s one-of-a-kind THE BOOK OF BIRDIE impressively blends psychological horror, whimsical fantasy, and feminist ideals.CLEMENTINA (NORTH AMERICAN PREMIERE)Argentina / Dir. Jimena MonteolivaA young woman traumatized by a savage attack from her husband begins to hear voices in her apartment. Jimena Monteoliva’s solo directorial debut expertly builds tension, maintaining a sense of unease from the start that creeps higher until the frightening and suffocating shocker of a third act. Cecilia Cartasegna delivers with a classically terrifying portrait of a woman on the edge. Film guests in attendance. COLD HELL (EAST COAST PREMIERE)Germany / Dir. Stefan RuzowitzkyCo-Presented by ShudderTurkish-born taxi driver Ozge doesn’t take shit from anyone. After she witnesses a brutal murder from the window of her Vienna apartment, Ozge becomes the target of a slick and calculated serial killer. Unfortunately for him, though, Ozge has her own brand of viciousness on tap. An intelligent and live-wire cross between Italian Giallo and Jason Bourne, Oscar-winning director Stefan Ruzowitzky’s COLD HELL is a first-rate, action-packed genre-bender.THE CRESCENT (EAST COAST PREMIERE)Canada / Dir. Seth A SmithFollowing her husband’s death, a woman takes her two-year-old son to live in a remote beachfront estate. Plagued by painful memories, the young mother does her best to overcome emotional trauma, but the locals have their own plans. Before long, their strange, dark, and ancient traditions turn her life into a waking nightmare. Visually ambitious and tonally hypnotic, Canadian filmmaker Seth A. Smith’s haunting THE CRESCENT casts a sneakily powerful spell.FASHIONISTA (NEW YORK PREMIERE)USA / Dir. Simon Rumley No one does psychological disturbance like British cinema provocateur Simon Rumley, who complete his unofficial Texas trilogy (after RED WHITE & BLUE and JOHNNY FRANK GARRETT’S LAST WORD) with a film that proves you can’t spell “distress” without “dress.” RED WHITE’s Amanda Fuller is fascinating as April, a clothing-obsessed woman whose suspicions about her husband’s infidelity send her down a rabbit hole of dangerous, self-destructive behavior.THE FOREST OF LOST SOULS (EAST COAST PREMIERE)Portugal / Dir. José Pedro LopesTwo suicidal strangers explore the Forest of Lost Souls together, looking for the best spot to commit suicide all the while debating, what’s the best way to kill yourself? It soon becomes clear that one person isn’t who they say they are. This black-and-white-shot nightmare is a unique and disturbing modern take on the slasher film. GAME OF DEATH (NY PREMIERE)Canada/France / Dirs. Laurence Baz Morais & Sebastien LandryFor a group of party-crazy teens, it’s all about smoking, drinking, and sex. But that goes to hell when they play a board game that requires human blood and whose uncontrollable countdowns lead to someone’s head exploding. Survival requires killing someone else. Bodies will drop; craniums will burst. Insanely gory and fun as hell, Canadian co-directors Sebastien Landry and Laurence Baz Morais’ GAME OF DEATH is deliriously madcap splatter cinema.GET MY GUN (WORLD PREMIERE)USA / Dir. Brian DarwasSponsored by QuickframeAmanda is left pregnant after being raped at her work. When a crazed stalker becomes obsessed with her unborn child she is forced to evolve from prey to predator as to protect both her and her baby’s body. Film guests in attendance.

HAGAZUSSA - A HEATHEN’S CURSE (EAST COAST PREMIERE)Germany / Dir. Lukas FiegelfeldSurrounded by heightened paranoia and superstition, an evil presence threatens a mother and her infant child in the Alps of 15th century Austria. But is this ancient malevolence an outside force or a product of her psychosis? With stunningly gorgeous photography and atmosphere for days, Lukas Fiegelfeld’s gothic horror fever dream illustrates the dangers associated with dark beliefs and the infestation of fear.
HEAD TRIP SHORTS BLOCK Proving that horror is about more than just scares, these HEAD TRIP shorts boldly push the genre's boundaries and challenge your preconceptions.
HOUSEWIFE (NORTH AMERICAN PREMIERE)Turkey / Dir. Can EvrenolSponsored by Birth.Movies.DeathHaunted by the bloodstained memories of a horrific childhood incident, Holly’s struggles with separating her nightmares from reality derail after she meets charismatic psychic with a secret agenda. Capitalizing on the immense promise shown by his brutal 2015 breakthrough BASKIN, writer-director Can Evrenol solidifies himself as horror’s future with this hypnotic and gruesome ode to Bava-esque Italian horror. Film guest in attendance. INHERITANCE (EAST COAST PREMIERE)USA / Dir. Tyler SavageOut of the blue, a man learns of the death of his absentee biological father by inheriting his 2.5 million dollar home. While staying there with his pregnant fiancé, he uncovers horrible truths about his father that could destroy his life. Fantastic lead performances and a patient sinister narrative make this one hell of an impressive debut for director Tyler Savage. Film guest in attendance.
LOCALS ONLY SHORTS SHOWCASE
Sponsored by Quickframe
BHFF is proud to bring to you our second annual LOCALS ONLY shorts showcase. This shorts block allows us to provide a platform for all the incredible homegrown filmmakers to show off their talent and badassery to the masses.
MAYHEM (NY PREMIERE)USA / Dir. Joe LynchCo-Presented by ShudderTHE WALKING DEAD’s Steven Yeun plays a young lawyer who’s just been fired from his firm for a mistake he didn’t actually make, and faces even more severe troubles when his co-workers are infected with the “ID7 virus.” Their quarantined building becomes a rage-fueled killing ground in director Joe Lynch’s (WRONG TURN 2, EVERLY) fast-paced blend of corporate satire and corporeal brutality. MEXICO BARBARO II (NORTH AMERICAN PREMIERE)Mexico / Dir. Lex Ortega, Sergio Tello, Diego Cohen, Fernando Urdapilleta, Michel Garza, Carlos Melendez, Ricardo Farías, Christian Cueva, Abraham Sanchez Sponsored by El Buho MezcalIn 2014, the truly demented Mexican filmmaker Lex Ortega assembled his country’s best horror filmmakers for the shocking anthology MEXICO BARBARO. But if you thought that film was gnarly, wait until you get a load of this crazier and wonderfully unhinged follow-up, helmed by an all-new lineup of on-the-rise Mexican horror voices and touching on cannibalism, porn, and historical demons. Film guests in attendance.

NIGHTMARE FUEL SHORTS BLOCKS From Nazi-fueled ghosts to demonic phone apps, NIGHTMARE FUEL spans the globe to celebrate the scariest and most unique pure horror shorts. RIFT (NY PREMIERE)Iceland / Dir. Erlingur ThoroddsenIntrigued by an out-of-nowhere phone call, Gunnar heads to a remote outpost to reconnect with his ex-boyfriend Einar. Great conversation and fond memories are shared, yet the two men can’t shake the feeling that someone, or something, else is there—and has sinister plans. Elegant and assured, the subtly creepy RIFT is the audacious sophomore feature from Icelandic filmmaker Erlingur Thoroddsen, whose debut, CHILD EATER, world-premiered at BHFF 2016. Film guest in attendance. SALVATION (NORTH AMERICAN PREMIERE)Spain / Dir. Denise CastroStuck in a hospital waiting to undergo open heart surgery, Cris (Marina Boti) finds a reason to stay in another patient named Victor (Ricard Balada) who claims to be a vampire. Surrounded by death, the two enamored teenagers hatch a plan to escape the hospital together. Filled with both sadness and unbridled hope, Salvation is the arthouse answer to Twilight.SEQUENCE BREAK (NY PREMIERE)USA / Dir. Graham SkipperSponsored by Brooklyn Fireproof StagesBusy genre actor Graham Skipper (RE-ANIMATOR: THE MUSICAL, BEYOND THE GATES, THE MIND’S EYE) makes his feature writing/directing debut with a surreal, absorbing homage to the body-horror cinema and video games of the ’80s. Chase Williamson plays an arcade-game repairman who finds love with a customer (Fabienne Theresa) and terror from a mysterious game with a lot more powering it than pixels. Film guest in attendance. THE SHIVER OF THE VAMPIRES (1971)France / Dir. Jean RollinIn conjunction with the launch of Spectacular Optical’s LOST GIRLS: THE PHANTASMAGORICAL CINEMA OF JEAN ROLLIN, book editor Samm Deighan will host a special screening of Rollin’s SHIVER OF THE VAMPIRES. Originally released in 1971, the French auteur’s psycho-sexual masterwork demonstrates all of Rollin’s cinematic touchstones: erotic scares, drop-dead-gorgeous bloodsuckers, and ornately shot kink. It’ll turn you into a Rollin disciple if you aren’t one already. TO HELL AND BACK: THE KANE HODDER STORY (EAST COAST PREMIERE)USA / Dir. Derek Dennis Herbert The man behind two of horror’s greatest slashers, Jason Voorhees and the HATCHET franchise’s Victor Crowley, Kane Hodder has proven himself unbeatable when it comes to offing on-screen victims. But as it turns out, he’s even more unbeatable in real life, having persevered through a painful childhood and a nearly fatal accident. Derek Dennis Herbert’s heartfelt documentary TO HELL AND BACK candidly reveals the heart and soul of a horror icon.TRAGEDY GIRLS (NY PREMIERE)USA / Dir. Tyler MacintyreCo-Presented by Nitehawk CinemaStatus obsession has a body count when BFFs Sadie (Brianna Hildebrand, DEADPOOL’s Negasonic Teenage Warhead) and McKayla (Alexandra Shipp) capture a serial murderer whose exploits they’ve been chronicling on their blog. How do they keep the slaughter spree going so they have more to report on? The answers are both giggly and grisly in a film also featuring a fun supporting turn by Craig Robinson (also a producer).VERONICA (US PREMIERE)Mexico / Dir. Carlos Algara & Alejandro Martinez BeltranSponsored by El Buho MezcalA retired psychologist agrees to take on one more patient under the condition that the young lady move into her isolated home in the woods. A game of secrets and lies ensues as the two women battle for psychological dominance. Mexican co-directors Carlos Algara and Alejandro Martinez-Beltran’s feature debut is an erotically charged mystery with echoes of early Polanski. About the Brooklyn Horror Film Festival


The Brooklyn Horror Film Festival (BHFF), will include screenings and events the weekend of October 13th.  This independent film event held across Brooklyn will screen feature films and short films that represent filmmakers from around the world that are contributing to the horror genre.


In addition to the film screenings, the festival will also be hosting an opening night party, panel discussions, Q&A’s with filmmakers, games, contests, merchandise tables, award ceremony and a sendoff party after the final screening.


Media Sponsors:
Birth.Movies.Death
We Got This Covered
Bloody Disgusting


More festival information and other horror news can be found on the BHFF Facebook page; https://www.facebook.com/BrooklynHorror
On Twitter; https://twitter.com/brooklynhorror/