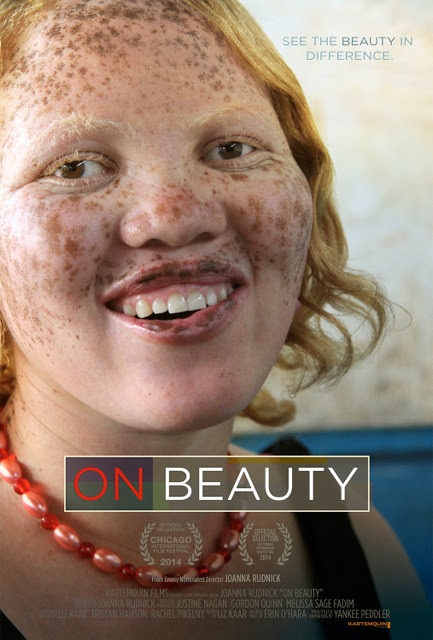 Fuck inner beauty, these kids are GORGEOUS- Rick Guidotti on his response to people saying his pictures reveal the subjects inner beauty

Guidotti started the project when he realized that the high fashion world wasn't for him. Everything was prepackaged. After meeting some people with albinism Rick realized that there was a beauty to them that no one seemed to see. Putting a photo project together he found that no one would publish it- until one day Life magazine saw the photos and published it. Rick thought he was done but people kept contacting him about how he had to see their son or daughter. This morphed into meeting other people with other disorders. Rick had found his calling.

ON BEAUTY focuses on Rick, and his story, but also two of Rick's subjects. Sarah Kanney,is  a 21 year old girl with a birth mark across her face. She was so uncomfortable in school that she left school for home schooling. She is a charming  young woman who loves to race motorcycles. She says that she came out of her shell when Rick photographed her and told her that she was beautiful. The other Jayne Waithera a young African woman with albinism. She is just as warm and charming as Sarah and is working to help people in Africa realize that though she may look like "ghost" she is no different than anyone else (people with albinism in East Africa are often called "money" because their body parts are highly prized for medicines and spells)

I love this movie

no I LOVE this movie.

This is a glorious portrait of some wonderful people trying to change the world be seeing the actual beauty of the world and the specialness of all people. I love how we see the down cast faces spring to life when Rick tells them and shows them how wonderful they are. I love that when Rick tells someone that they are beautiful he means it. I was moved to tears when a mother tells us that Rick was the first person to see her son as she did. I also love that Rick wants to redo the books of medical references so that the pictures reflect real living and breathing human beings and not people who look half dead and starved.

This is a glorious glorious film that you really must see,

The film just finished a run in Los Angeles and is now playing through the end of the week in New York at Cinema Village and is a must see.(yes I know I just said that but you have to)

Do yourself a favor and go see this film. It will move you to tears and make you feel good. 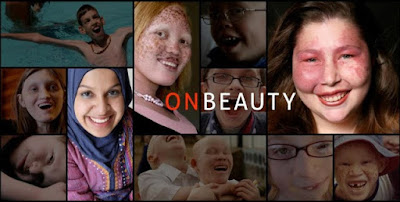