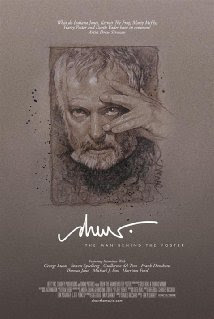 Cinematic portrait of Drew Struzan, the artist responsible for hundreds of memorable movie posters. You know his work from the Wars Poster, Indiana Jones and hundreds of others. He’s a man who started in album covers (Alice Cooper’s Welcome to my nightmare among others), who switched to movie posters and became a legend in Hollywood.

And that's about all you really need to know about the film because that's all there is to the film. Its a lovely portrait of a man that everyone loves and admires.

And that’s the problem everyone loves this guy. No one has a bad word. There is little drama outside of his early poverty or the fact that someone had taken a bunch of his art. It’s so loving and sweet I’m forced to ask why is this film 100 minutes? Seriously other than showing more art there simply isn’t enough to sustain the run time.

Worse from an artistic stand point the film focuses primarily on Drew's work with Lucas and Spielberg going into the creation of some of the iconic images. Despite Drew doing hundreds of other posters we mostly see the creation of the Lucas Spielberg films. Yes we get extended talk about the posters he did for Muppets and the Big Trouble and Little China poster but we get no insight into his other work.

Don’t get me wrong the film isn’t bad it’s just too long for what it is. Personally I could have used les ass kissing and more talk about how he did what he did.
Posted by Steve Kopian at August 16, 2015