Opens with Antonio Mendez Esparza’s Life and Nothing More and features new works by Wang Bing, Ildikó Enyedi, and more 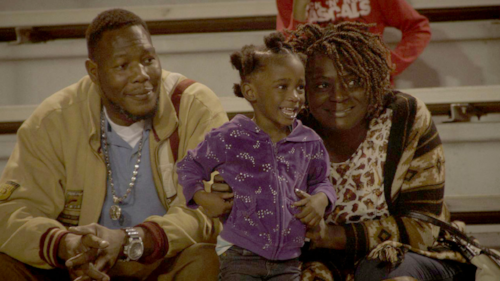 “It’s a rare chance to see the lively mix of films that our critics have raved about but that haven’t hit New York theaters yet,” said Nicolas Rapold, Editor-in-Chief of Film Comment. “This year’s edition is made especially exciting by a rare retrospective of the inimitable Nico Papatakis, whose work will be exciting for many to discover.”

The festival opens with the New York premiere of Antonio Mendez Esparza’s Life and Nothing More, an intimate chronicle of an African American family living on the margins in Florida, starring an astonishing non-professional cast. Other new works in the lineup are Ildikó Enyedi’s Berlinale Golden Bear-winner On Body and Soul; Mrs. Fang, Wang Bing’s unflinching document of an elderly woman in her final days, which won the Golden Leopard at Locarno; the North American premiere of Katharina Wyss’s powerful debut feature Sarah Plays a Werewolf, about a woman who channels her fears into theater; Govinda Van Maele’s fiction feature debut Gutland, featuring Phantom Thread’s Vicky Krieps; the U.S. premiere of Slovenian director Rok Biček‘s The Family, a compassionate portrait of a young man’s life over the course of 10 years; and experimental artist Bertrand Mandico’s exhilarating, gender-bending Wild Boys.

In addition to these anticipated new works, the 2018 slate features a retrospective of radical filmmaker Nico Papatakis, who had a “body of work that blends anarchic fury with visceral and transcendent poetry” (Yonca Talu, Film Comment). All five features directed by Papatakis, who subversively and provocatively explored themes of race, class, gender, and politics and produced films by Cassavetes and Genet, will be screened, including the meta terrorist drama Gloria Mundi, Cannes selection Les Abysses, and Walking a Tightrope, which stars Michel Piccoli as writer Jean Genet (a personal friend of the filmmaker). Film Comment Selects will also present a 25th anniversary screening of Tom Joslin & Peter Friedman’s extraordinarily powerful documentary Silverlake Life: The View from Here, which follows Joslin and his partner Mark Massi as they struggle to live with AIDS.

Tickets go on sale Friday, February 9. A pre-sale for Film Society members and Film Comment subscribers begins Friday, February 2. Single screening tickets are $15; $12 for students and seniors (62+); and $10 for Film Society members and Film Comment subscribers. See more and save with the 3+ film discount package or All-Access Pass. Learn more at filmlinc.org.
Acknowledgments
With the kind support of the Consulate General of Switzerland in New York. Special thanks to Manuela Papatakis.
FILMS & DESCRIPTIONSAll films screen digitally at the Walter Reade Theater unless otherwise noted. Where possible, film descriptions are excerpts from Film Comment magazine.
Opening Night
Life and Nothing More
Antonio Mendez Esparza, U.S./Spain, 2017, 114m
“The African American single mom and teenage son at the center of this drama are lifelong residents of northern Florida but remain, at best, provisional citizens of their own country. Rendering characters they developed in tandem with their director, these non-professional but astoundingly gifted performers convey so much of what matters in so many working-class black lives.” —Nick Davis, Toronto Film Festival 2017 online coverage
New York premiere
Friday, February 23, 6:30pm (Q&A with Antonio Mendez Esparza)

The Family
Rok Biček, Slovenia/Austria, 2017, 106m
“Slovenian director Rok Biček started The Family as a film-school student and proceeded to film a life in full: a boy, Matej, seen growing up, watching his father die and becoming a father himself, breaking up with his girlfriend, and battling her for child custody. A twist on observational cinema, Biček’s portrait of the anti-heroic young man defies stereotypes of working-class and dysfunctional families, refrains from passing moral judgments, and retains an open fondness of his subject.” —Tina Poglajen, Nov/Dec 2017 issue
U.S. premiere
Tuesday, February 27, 6:45pm

Mrs. Fang
Wang Bing, China, 2017, 86m
“Wang Bing’s latest documentary trains its camera very tightly on the face of a bedridden elderly woman suffering from Alzheimer’s in a small rural Chinese village. For a while, it seems as though Mrs. Fang is content to use the camera as a tool to unflinchingly record a human being close to her final breath. Yet Wang Bing is after something completely different, as the filmmaker goes into other territory, somehow more and less tangible than a portrait of dying.” —Michael Koresky, Toronto Film Festival 2017 online coverage
New York premiere
Sunday, February 25, 9:30pm

Sarah Plays a Werewolf
Katharina Wyss, Switzerland/Germany, 2017, 86m
“Katharina Wyss’s heady debut feature centers on Sarah, a young woman channeling her powerful depth of feeling into the artistic and psychological outlet of theater. As the 17-year-old protagonist in a staid Swiss town, Loane Balthasar is unnervingly transparent, giving herself over to her character—and, like Sarah, 20 times more present than anyone around her. The film’s title captures a life fraught with energy.” —Nicolas Rapold, Jan/Feb 2018 issue
North American premiere
With the kind support of the Consulate General of Switzerland in New York.
Sunday, February 25, 7:00pm (Q&A with Katharina Wyss)

Wild Boys
Bertrand Mandico, France, 2017, 110m
“Some might be quick to suggest Mandico’s similarities with Guy Maddin due to his new film’s whacked-out narrative, alienating use of studio sets, and brusquely outré acting. Exiled teenagers are sentenced to hard labor on a mysterious island, left to their own devices and then transformed... All the teens are played by actresses, with ever-fearless, weather-beaten Elina Löwensohn leading the way. Little else in 2017 was quite as exhilarating, eye-popping, intoxicating, seductive, carefree, funky, sexy, and fun.” —Olaf Möller, Jan/Feb 2018 issue
New York premiere
Saturday, February 24, 9:30pm
25th Anniversary Screening
Silverlake Life: The View from Here
Tom Joslin & Peter Friedman, U.S., 1993, 99m
Winner of the Grand Jury Prize at Sundance, this is one of the cornerstone documentaries abot the AIDS crisis. “Silverlake Life is about a couple, and one of the guys is filming his boyfriend, who is ill and dying. I didn’t want to represent the disease too much [in BPM (Beats Per Minute)], because I thought it was so real in Silverlake Life. I didn’t want to make the same thing because you can't do more than this film, because it was real and it's a very, very moving film. I love it so much.”—Robin Campillo, director of BPM (Beats Per Minute), interviewed in July/Aug 2017 issue
Sunday, February 25, 4:30pm

Special Section: Five Films by Nico Papatakis
“It’s become a cliché to call a filmmaker ‘rebellious,’ but from Gance to Eisenstein to Pasolini to Buñuel, the 20th century saw true rebels who fiercely defied both the cinematic and political establishments of their time. Nikos Papatakis (1918-2010)—nicknamed Nico in France—holds a profound and unique place in this lineage through a body of work that blends anarchic fury with visceral and transcendent poetry. Born in Addis Ababa to an Ethiopian mother and a Greek father, Papatakis was an outcast by nature, mocked and ostracized as a child for being biracial. Deeply rooted in personal experience, Papatakis’s films are politically, morally, and formally subversive explorations of race, gender, and class that use the medium as a vehicle of opposition and dissent.” —Yonca Talu, Sept/Oct 2017 issue

The Shepherds of Disorder
Nico Papatakis, Greece, 1967, 117m
The Shepherds of Disorder (aka Thanos and Despina) juxtaposes an anthropological and materialist study of a rigid rural community with the mythologically imbued, forbidden romance between a rebellious shepherd and the angelic and compliant daughter (Olga Karlatos) of a rich conservative family, engaged in an erotically charged power game.
Saturday, February 24, 4:30pm
Gloria Mundi
Nico Papatakis, France, 1976, 115m
Papatakis’s most psychedelic film, Gloria Mundi centers on an actress (Olga Karlatos) playing an Arab terrorist who takes her role to another level. Papatakis’s virulent denunciation of consumer capitalism and a hypocritical left-wing intelligentsia that deems itself political but does not take any action, begins with a scream and ends with an explosion.
Sunday, February 25, 1:45pm

The Photograph
Nico Papatakis, Greece/France, 1986, 102m
Papatakis’s most accessible, gripping, and poignant work is a meticulously crafted, intimate meditation on immigration and exile centering on a 26-year-old Greek man fresh out of prison (where he was tortured for being a communist’s son) who leaves for France in hopes of a better life and strikes up a complicated friendship with a distant relative.
Monday, February 26, 9:15pm

Walking a Tightrope / Les Équilibristes
Nico Papatakis, France, 1992, 120m
The director’s final film—starring Michel Piccoli as a fictional version of Papatakis’s friend Jean Genet—is a compendium of the themes and motifs that pervade his distinctive filmography, including the torturous nature of love, the suffering induced by exile, and suicide as an act of rebellion.
Tuesday, February 27, 9:15pm
FILM COMMENTPublished since 1962, Film Comment magazine features in-depth reviews, critical analysis, and feature coverage of mainstream, art-house, and avant-garde filmmaking from around the world. Today a bimonthly print magazine and a website, the magazine was founded under the editorship of Gordon Hitchens, who was followed by Richard Corliss, Harlan Jacobson, Richard Jameson, Gavin Smith, and Nicolas Rapold. Past and present contributing critics include Paul Arthur, David Bordwell, Richard Combs, Manohla Dargis, Raymond Durgnat, Roger Ebert, Manny Farber, Howard Hampton, Molly Haskell, J. Hoberman, Richard Jameson, Kent Jones, Dave Kehr, Nathan Lee, Todd McCarthy, Jonathan Rosenbaum, Tony Rayns, Frank Rich, Andrew Sarris, Richard Schickel, Elliott Stein, Amy Taubin, David Thomson, Richard Thompson, Amos Vogel, Robin Wood, and many more.
FILM SOCIETY OF LINCOLN CENTERThe Film Society of Lincoln Center is devoted to supporting the art and elevating the craft of cinema. The only branch of the world-renowned arts complex Lincoln Center to shine a light on the everlasting yet evolving importance of the moving image, this nonprofit organization was founded in 1969 to celebrate American and international film. Via year-round programming and discussions; its annual New York Film Festival; and its publications, including Film Comment, the U.S.’s premier magazine about films and film culture, the Film Society endeavors to make the discussion and appreciation of cinema accessible to a broader audience, as well as to ensure that it will remain an essential art form for years to come.
The Film Society receives generous, year-round support from Shutterstock, the National Endowment for the Arts, and the New York State Council on the Arts with the support of Governor Andrew M. Cuomo and the New York State Legislature. American Airlines is the Official Airline of the Film Society of Lincoln Center. For more information, visit filmlinc.org and follow @filmlinc on Twitter.
Posted by Steve Kopian at January 17, 2018