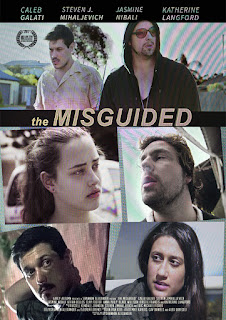 College drop out moves in with his drug addicted brother and takes up with his ex-girlfriend. As he gets his life together complications arise when his wife. Will he walk away from his family or from his new life?

Well acted and well made drama is a good time passer. Sucking us in and dragging us along the film by giving us a group of characters we really care about.

The problem for me was that outside of the addiction angle there isn't much here to make the film stand out. While I was certainly invested while I was watching the film and scribbling notes, I found that when I returned to them and the film several hours later to write it up I didn't ave much it say.

While I like THE MISGUIDED and recommend it, I don't think you need do a mad dash to see it.