While I am still working on getting through all the films I missed in 2019 before I finalize my Best of 2019 I did put together a list of great feature films that you really need to track down. Some are criminally under seen, some are getting a bum rush and not being appreciated. Some are some of the best films of the year. While I could have and should have done a longer list I tried desperately to keep it at ten by using the following rules:

It had to been floating around for more than the last couple of weeks (DOC NYC had a slew of great films World Premiering that I wanted to included)
If possible it had to play at more than just one festival (Several films I wanted to put on this list are getting screenings next year)
It had to not get a big push/ release or in the two cases where it did they had to kind of fall between the cracks. These are films that seem to need champions.
It had to be a feature. I wanted to add so many great shorts but there are so many that I could do three or four lists of just the great shorts I’ve seen this year

You really should make an effort to see them since some are some of the absolute best films of the year and while others may not quite best of the best - all deserve to be seen. 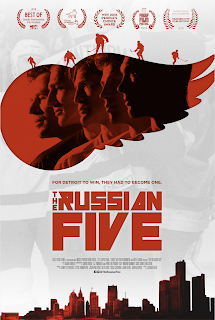 RUSSIAN FIVE- More spy story than sports film about the Detroit Red Wings making a move to bring Russian players to the NHL. One of the great thrillers of the year, never mind documentaries  which seems to be off most people’s radar. (This should be in the Oscar mix discussion) 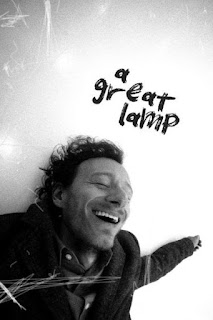 GREAT LAMP- The first truly great film in 2019. It is proof why Slamdance is better festival than Sundance. The messy of story of life and friends that came out of the director deciding to make a film instead of killing himself. The result is a masterpiece 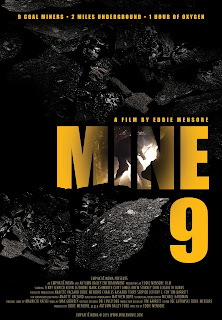 MINE 9- Frightening claustrophobic tale of trapped miners that is based in part on true events. As good a thriller as you will see all year. 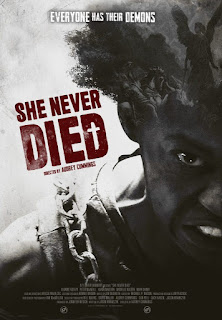 SHE NEVER DIED- an Oscar worth performance from Olunike Adeliy makes this story of an eternal soul one of the best films (not just genre films) you’ll see all day. What happens when you really have seen it all and tire of existence? Oh yea- it’s also a kick ass action film. 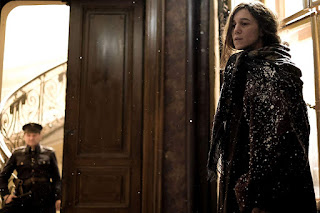 PROMISE AT DAWN- Charlotte Gainsbough rocks the house as Romain Gary‘s mother. It’s a stunning performance in a glorious portrait of the arc of a life. 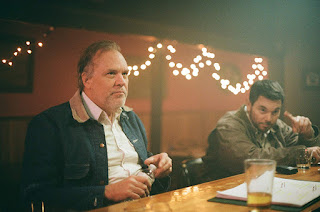 PALACE- this multi-character study of the people who cross through the titled bar has haunted me for months. This slice of life is as good as ensemble acting gets with characters that latch themselves to your soul for all time. 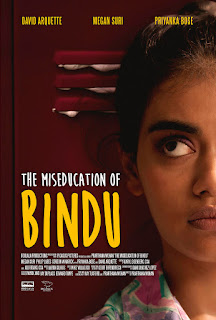 MISEDUCATION OF BINDU- Still on the festival circuit this little comedic gem about a super brain who wants to finish high school and move on but finds complications was made by filmmakers who wanted to make a film about their lives and we are so much better for it. 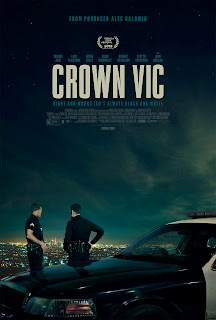 CROWN VIC- out on VOD and home video this is a super little cop film that needs to be seen. If you ignore the fact that everything that happens in this film could not happen in one night this is a nifty little old cop/new cop tale that makes the clichés new and entertains the hell out of you. 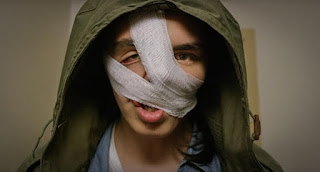 HAPPY FACE- this has been flipping around festivals since January. This story of a young man pretending to be deformed in order to attend a support group is an unexpected and entirely welcome feel good film. It’s largely played genre fests which is selling this film wildly short. This is just great storytelling with a beating human heart. 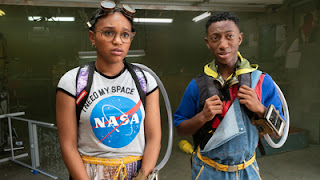 SEE YOU YESTERDAY- Spike Lee produced film about a young woman trying to save her brother via a time machine is just great filmmaking. One of the best time travel movies ever, the film scores even higher when it’s social message never gets in the way of the story or vice versa. A scifi classic.

ACCEPT THE CALL is a masterpiece about a father trying to figure out why his son became a radical Muslim an finding out all sorts of unexpected answers. If you ever wanted to know why good kids answer the call for jihad and what that does to a family track this down. 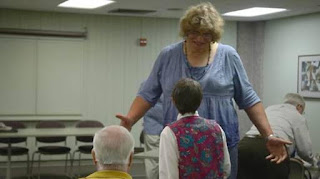 MARKIE FROM MILWAUKEE- you’ll want to give a hug to the subject of this film who transitioned into being a woman and then transitioned back when his church had problems with the change.

The full year end lists will appear after Christmas.
Posted by Steve Kopian at December 04, 2019