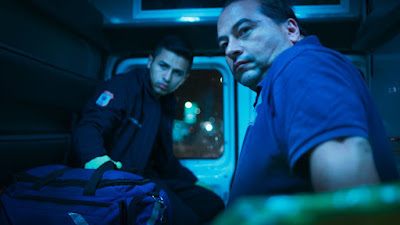 If you ever get sick or injured don't do it in Mexico City. The government has only 45 ambulances for the whole population of 9 million. The slack is picked up by small family operations who  are harassed, put upon and struggle to get paid for their services

MIDNIGHT FAMILY is the story of the Ochoa family who go out every night hoping to make a few bucks as they help the injured. We watch as they are bothered by the cops, try to get to a call first to get the client, and simply try to make ends meet.

Good slice of life shows us an occupation that most of us never considered. While we in New York will bitch about the EMS at least we don't have to worry if anyone will show up, and if they do if it will be an hour or more later. The Ochoa family  are a nice bunch of people who are just like the rest of us. They are not hot shots or crazies but people who want to help and they worm their way into our hearts.

Those who go into the film looking for constant excitement are going to be disappointed. Yes, we see them on runs but we also see them trying to pay the bills, cleaning up the blood and trying to catch some sleep. This is a hard life. It is especially tough when the cops bust their chops because they can as they are hounded now and again for the right paperwork. This is the story of the dull grind of the job. 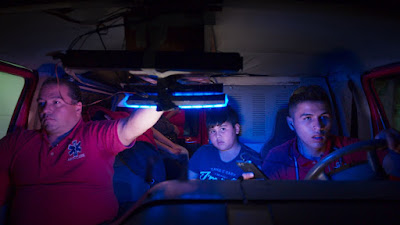