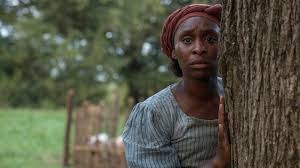 HARRIET
I am a fan of director Kasi Lemmons whose earlier films such as EVE'S BAYOU, CAVEMAN'S VALENTINE and TALK TO ME stand out as the work of a director with a vision. Her current film about Harriet Tubman therefore came as a disappointment where a game cast wanders through a film that looks like a it could have been shot by any workman director. While not bad, it doesn't have the memorable quality of her earlier feature films. 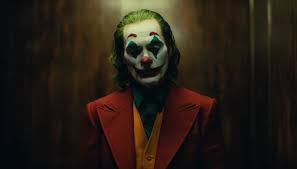 Joker
Joaquim Phoenix plays a version of the classic Batman villain in a film purporting to show his origin as a damaged individual who snaps and becomes the legendary bad man. An unpleasant trip on the dark side it is more a simplistic reading of the character going for eye poke reaction baiting rather than anything meaningful (even by the weakest comic book standards). He’s nuts to begin with so there is no fall from grace just a horrible person getting worse. One of the least necessary films of the year it is giant pile of poo. 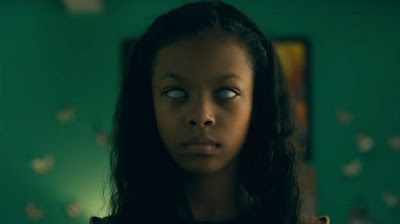 Dr Sleep
Sequel to Stephen King’s Shining is a dense novel like film about an adult Danny Torrence dealing with the monsters of the past and group of people who feed on people’s ability to shine who are after a powerful young girl. Its all mood and no jump scares in a film that starts creepy and keeps it going for almost three hours. It’s an old school horror film of the sort they don’t make any more.
Posted by Steve Kopian at December 09, 2019