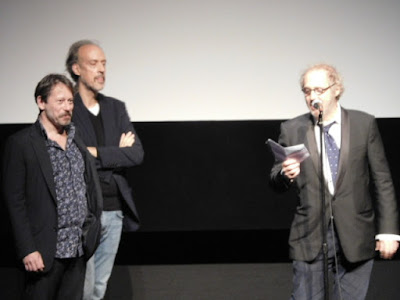 Arnaud Desplechin's ISMAEL'S GHOSTS confused the audience I saw the film with. It wasn't that the film was bad it's just that it leaves so much out we didn't know what to think.

The plot of the film has writer Ishmael going through his paces some 21 years after his wife disappeared. He is happy with his new love and he frequently commiserates with his father in law about their shared loss. Then one day his wife returns throwing everyone's life into utter turmoil.

Beautifully made and perfectly acted film is like watching the best and most dramatic sequences from a drama which unfortunately never connects the scenes together. Huge portions of backstory are missing. While this was Desplechin's intention, at the post screening Q&A he said it's moments in Ismails life, it makes for a bumpy viewing experience since the moments at so close together as to kind of form a conventional drama.

The cast headed by Mathieu Amalric, Marion Cotillard, Charlotte Gainsbourg are sterling and are so good that you largely forgive the flaws and just ride the wave of excellent acting.

I really liked the film a great deal, as did many of the confused people around me at the festival. However we all just wished that the film tied it ll together enough that we loved the film instead of liked it. 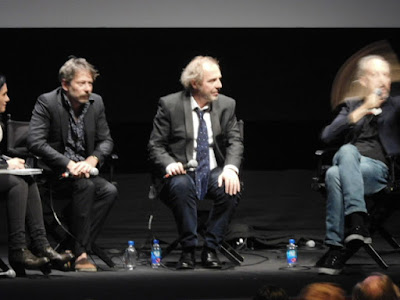