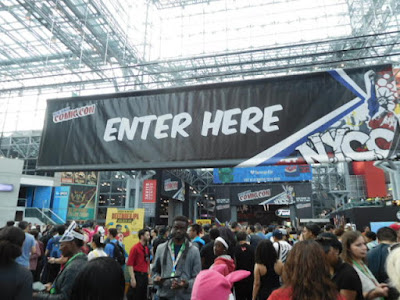 I had a great time this year at New York Comic Con. Things just clicked this year for the first time in a while.  Best of all the crowds were manageable and I had largely no trouble getting to places I needed to.
Any things that bothered me on Thursday were resolved by Friday. Any problems I had were on the end of the PR people for the various events who flooded me with requests to participate and RSVP but never confirmed anything I asked to do.


I loved that I got to meet Richard Turner and Luke Korem (a report here) because it means that I will be able to share more stuff on them and their film DEALT, including an interview with you down the road, 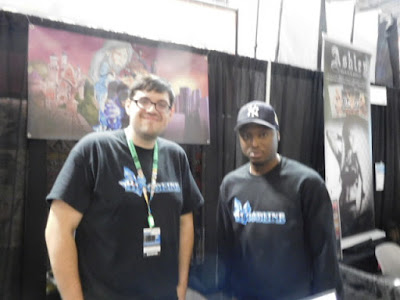 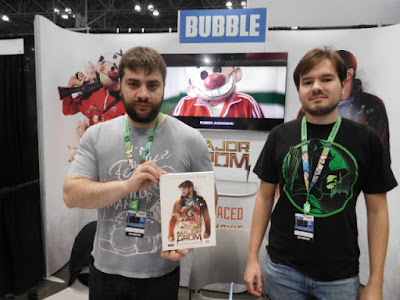 I met the minds behind MAJOR GROM a comic and film that heralds the arrival of a potential game changing creative team. 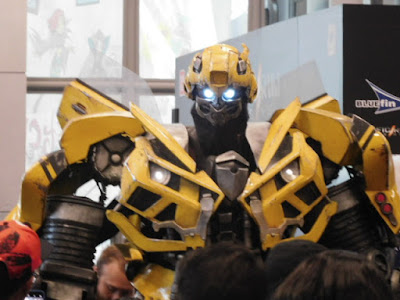 I saw some great cosplay (see the other NYCC posts)

I attended the History of Women in Comics and was delighted to find it was all women on the panel. While the fact that the moderator writer Amy Chu (Red Sonja, Poison Ivy, Wonder Woman) was late her panel of Dr. Sheena Howard (Superb, Black Comics: Politics of Race and Representation),  veteran letterer Janice Chiang, and Karen Green (Columbia University Curator for Comics & Cartoons) soldiered on morphing the discussion into a talk about how women can survive and thrive in the industry that they have always been a part of. Thriving even if many fanboys their adult counterparts think otherwise. The women said to keep going and don't be discouraged. They also suggested turning anger into something positive since Amy Chu said that five years after taking an online comics course she ended up writing Deadpool for Marvel, the very comic the male students said she could never write. (I'm trying to find a copy of the panel since it was recorded and has valuable advice for anyone wanting to make comics)

I loved that I got to hang out with friends such as Nobu from Yahoo Japan.

I also loved that I got into some great conversations with people including one about how real New Yorkers who were born here (and most who have been here for a decade or more) are nicer than the transplants. The reason being that all the transplants think they have to be the stereotypical uncaring souls when that isn't the way real New Yorkers are.

And there was more that happened but most of it I can't talk about now because I spent much of the time setting stuff up for down the road.

As I've said I've been to every Comic Con except the first so when I say this was one of the best I know what I'm talking about.

Now to wait until next year... 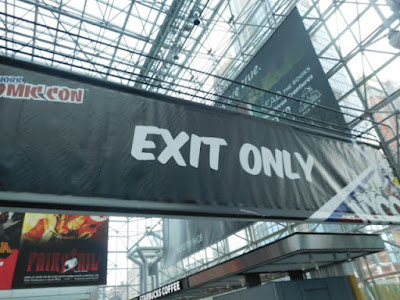 Email ThisBlogThis!Share to TwitterShare to FacebookShare to Pinterest
Labels: nycc 2017