It started even before the scheduled time when friends Vittorio Storaro  and Ed Lachman got and the stage and waited for Kent Jones to show up. 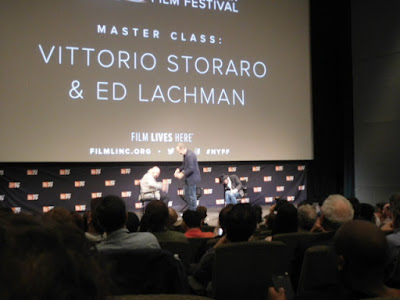 Then Kent showed up and handed out water before letting the two men talk. 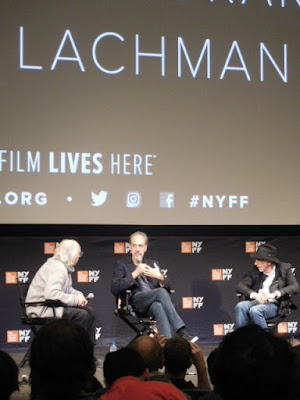 It is impossible to  put into words what was said or how wonderful this talk was. Largely it was the Storaro show as he answered with long riveting answers. Lachman simply added punctuation to the master's words. 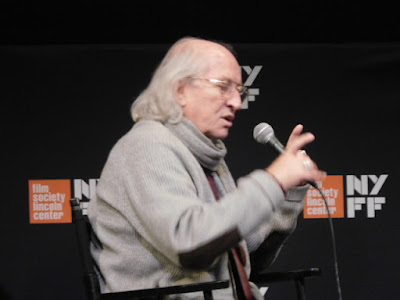 They began talking about the influences that made them cinematographers and moved on from there. 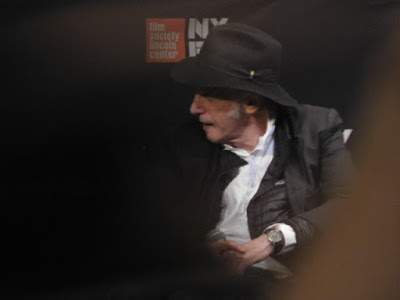 Interestingly Lachman's influence was Bertolucci and he told a charming tale of going to the New York Film Festival where he met Bertolucci and Storaro and thus started on his way. 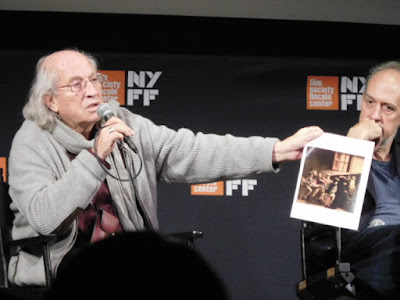 Storaro brought pictures to illustrate his points, sadly they were not projected. 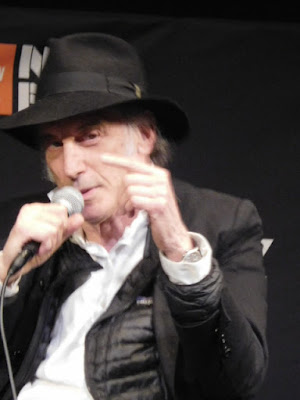 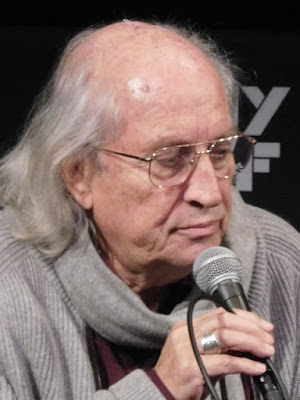 Color as a physical representation of mood 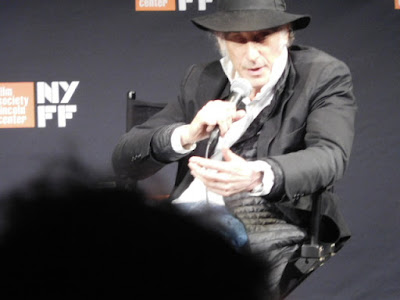 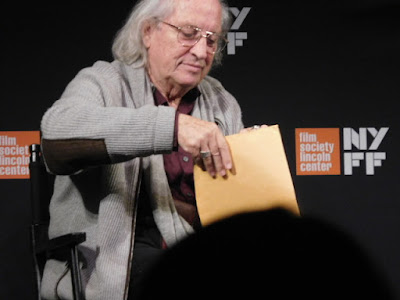 Their films playing at the festival 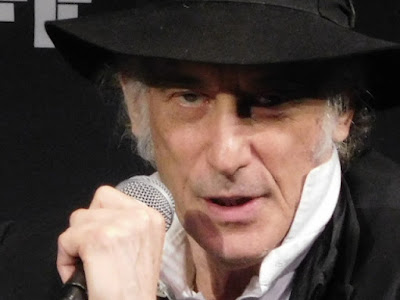 The need to work with the whole crew (designers, writers, ect) to create the look of a film 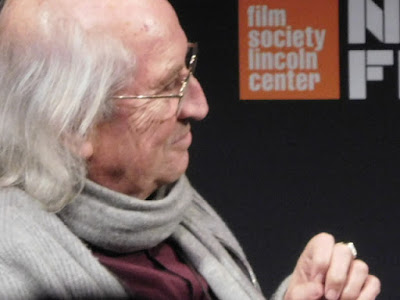 And how the cinematography has to be there to to enhance and help the story. 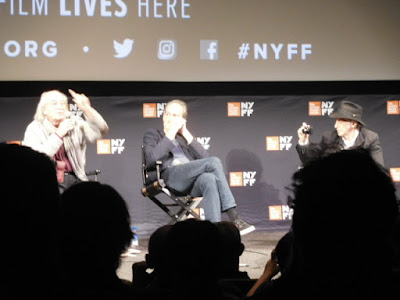 Lachman took pictures of the proceedings while it was going on 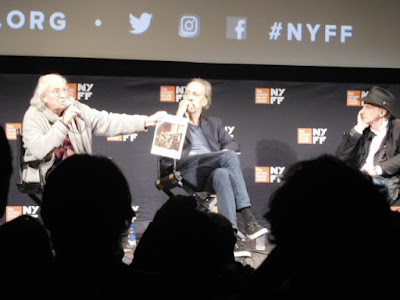 It was an amazing talk that resparked my love of film. The grand passion and wonder of making films filled all of their words. I can't do it justice, I just hope the Film Society puts the talk on line. It was one of the high points of the festival and I feel sorry for anyone who missed it. 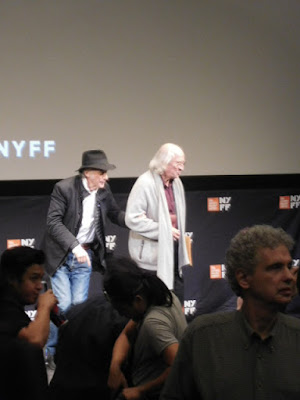