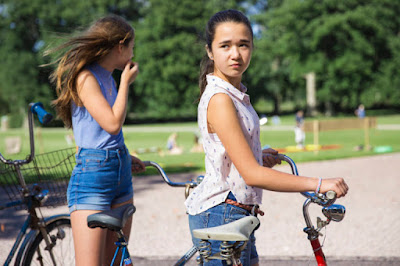 It is not an oxymoron to say that you can have a truly chilling horror film without any violence. The fact that ROOM 213 exists is complete proof of that since it is a creepy ghost story where there is no violent behavior anywhere in it.

Elvira is 12 and really doesn't want to go to summer camp. She agrees to go because one of her friends is going too. However things begin to go off the rails when her friend is unable to go. Things get worse when their room is wrecked when the faucet floods the room. With nowhere else to go Elvira and her soon to be new friends Meja and Bea are moved to room the locked room 213. The room has been locked because weird things happen in it. As the girls begin to navigate the week and the problems of growing up they too are forced to endure weird happenings.... 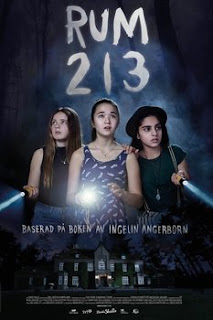 While clearly a family film, ROOM 213 is actually a scary little movie. There is genuine suspense and chills as the the girls begin to get a sense that maybe there is a ghost wandering the halls of the camp. There are scares, but nothing violent and ugly- after all how many ghosts actually kill people except in the movies? To be certain they will do weird things and occasionally scare the snot out of you but almost never to they kill anyone. Here the chills come from the situations and the carefully crafted thrill sequences. Trust me on this the end of this film is creepy.

I completely understand why NYICFF is running the film, its a feature length version of their Heebie Jeebie shorts collection. This really is a scary film the whole family can enjoy- but keep in mind that this is a scary film even though there is no blood or violence anywhere in it.

Highly recommended for anyone who wants to see a solid horror film, ROOM 213 plays this weekend at NYICFF one last time. Tickets can be had here. 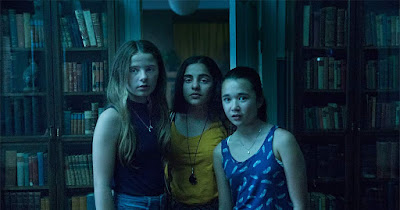