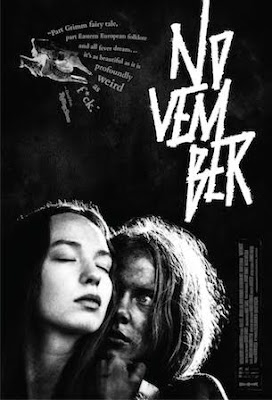 I saw this film last year in connection to the Tribeca Film Festival. With the film opening Friday I'm reposting the review.

If you want to see something special, if you want to see a film that is unlike anything else and which will make your mouth hang open in wonder even as it bumping around then you must see NOVEMBER which is one of the best films and one of the worst films you will ever see.
Posted by Steve Kopian at February 21, 2018