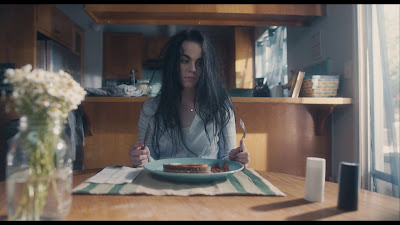 David Bornstein, the mad man behind the wonderfully twisted A KING'S BETRAYAL, is back with THE PERFECT BREAKFAST a film about one woman trying to make the perfect breakfast.

This is a very very funny film that is impossible to describe without ruining. An essentially one five minute set piece that gets funnier and funnier as it goes (and the more times you see it since you notice things). This is a finely crafted physical comedy that does a 180 in the end credits for an absolutely funny verbal gag.

I roared with laughter every time I saw the film.

Not to put too fine a point on it Bornstein is a comic genius. His shorts have been perfect little confections the likes of which we haven't seen since the Golden Age of Classic Comedy so I have to ask when  will someone give him the cash for a feature? I want to see what he'll do with 90 minutes.

THE PERFECT BREAKFAST is highly recommended. 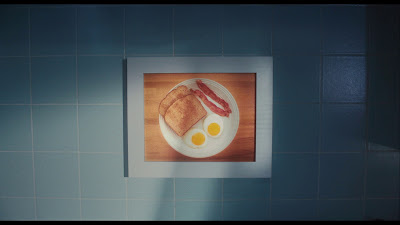