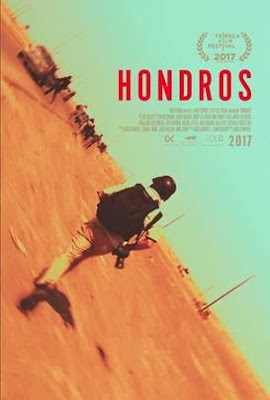 I saw HONDROS at Tribeca last year. With the film opening Friday and a digital release next week I'm reposting the review.

HONDROS is a very good portrait of photojournalist Chris Hondros who produced a fantastic body of work before being killed in a mortar attack in Libya.

This look at Hondros' career the film is full of fantastic images (see above) which become truly over whelming on a big theater screen. The film is a stark chronicle of the cost of war and we see what happens when people clash.

Despite taking a detour to follow up on the family in roadside shooting in Iraq (its really good but slightly out of place) the film manages to give a wonderful accounting of one man's life and what he achieved in photography and in real life. It is most moving when we see how Hodros gave back and how because of him some of the people in his pictures were changed by knowing him. See the guy below- he was sent to college by Hondros and became a police chief. 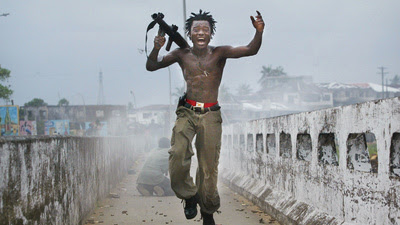