THE FILM SOCIETY OF LINCOLN CENTER AND UNIFRANCE ANNOUNCE THE COMPLETE LINEUP FOR THE 23rd RENDEZ-VOUS WITH FRENCH CINEMA, MARCH 8-18

Featuring new works by Xavier Beauvois, Laurent Cantet, Bruno Dumont, Eugène Green, Tonie Marshall, and more, with many of the filmmakers and talent in person 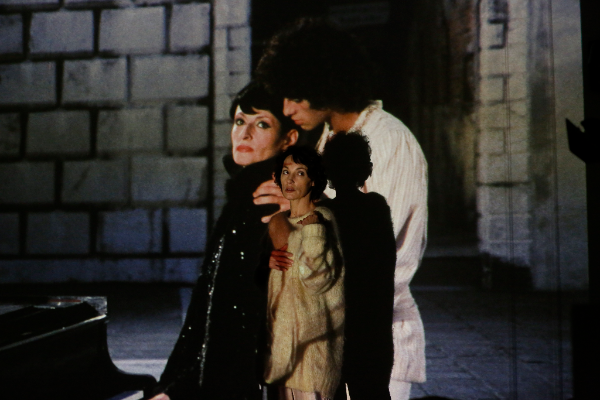 New York, NY (February 7, 2018) – The Film Society of Lincoln Center and UniFrance announce the complete lineup for the 23rd edition of Rendez-Vous with French Cinema, the celebrated annual series showcasing the variety and vitality of contemporary French filmmaking, March 8-18. The 24 diverse films on display, by emerging talents and established masters, raise ideas both topical and eternal, and take audiences to entirely unexpected places.

The Opening Night selection is the U.S. premiere of Mathieu Amalric’s transfixing, meta-cinematic Barbara, starring Jeanne Balibar as the iconic French chanteuse. The film was nominated last week for nine César Awards, including Best Film, Actor, and Actress. Amalric, who also co-wrote and co-stars, will appear in person along with Balibar at the festival.

“The level of originality and artistry exhibited in this year's lineup serves as proof that French cinema today is as innovative and creative as ever,” said Film Society of Lincoln Center Associate Director of Programming Florence Almozini.  “We are so pleased to be partnering again with UniFrance to bring you incredible stories, so many of which are anchored by strong, complex female leads—including outstanding performances by the likes of Jeanne Balibar and Emmanuelle Devos and unforgettable newcomers Laetitia Dosch and Iris Bry.”

"French cinema today is unafraid to delve into the issues at the forefront of our collective consciousness, which is reflected throughout this year’s selection," said Executive Director of UniFrance Isabelle Giordano. "In particular, we’re extremely proud to showcase a wide variety of women’s stories—films about women’s resilience during times of war, millennial women trying to find their place in the world, the glass ceiling, and even the childhood of a young girl destined to become a legend. As ever, we are thrilled to introduce American audiences to bold new French voices, this year including Léa Mysius, Léonor Serraille, Maryam Goormaghtigh, and Marine Francen.”

Highlights from the lineup include Montparnasse Bienvenüe, Serraille’s complex portrait of a newly single woman rebuilding her life, which won the Camera d’Or (best first film) at Cannes; the North American premiere of Jean-Paul Civeyrac’s black-and-white ode to cinema and young adulthood, A Paris Education; Tomorrow and Thereafter, an enchanting mother-daughter tale from acclaimed actress-director Noémie Lvovsky; Xavier Legrand’s harrowing domestic drama Custody, winner of the Silver Lion at Venice; the U.S. premiere of The Guardians, an affecting World War I drama from Xavier Beauvois (Of Gods and Men); the North American premiere of Nobuhiro Suwa’s ghost story The Lion Sleeps Tonight, starring Jean-Pierre Léaud; a special Film Comment presentation of the North American premiere of Eugène Green’s uniquely 21st-century metaphysical odyssey Waiting for the Barbarians; and additional premieres from Rendez-Vous favorites including Bruno Dumont (Jeannette, The Childhood of Joan of Arc), Emmanuel Finkiel (A Memoir of War), and more.

Selections in the 2018 edition of Rendez-Vous with French Cinema garnered an impressive 49 combined nominations for this year’s César Awards. In addition to Barbara, Albert Dupontel’s See You Up There, a comic caper set in Jazz Age Paris, topped the nominations with 13 total, including Best Film; Hubert Charuel’s Petit Paysan, about a farmer’s desperate attempt to shield his cows from an epidemic, received eight nominations; and wedding comedy C’est la vie!, by the directors of Rendez-Vous 2012 opener The Intouchables, Eric Toledano and Olivier Nakache, was nominated for 10 awards. The acting categories also included nominations for the brilliant Emmanuelle Devos as an ambitious businesswoman in feminist drama Number One, Marina Foïs as a Parisian novelist in Laurent Cantet’s The Workshop, and Laure Calamy as a single mother whose daughter is going blind in Léa Mysius’s breathtakingly bold Ava.

The 2018 festival will also place a spotlight on young people by hosting a “Salut les Jeunes” day on Monday, March 12,  featuring four handpicked screenings of films from the lineup that focus on the experiences of young people today, with special perks for attendees under 30. In conjunction, the festival is holding a contest for people in this age group: interested writers can submit a review of a Rendez-Vous film of their choice, and the best critique will win a round-trip flight to Paris and a year’s subscription to TV5 Monde.

Co-presented with UniFrance, Rendez-Vous with French Cinema demonstrates annually that the landscape of French cinema is as fertile, inspiring, and distinct as ever.

The Film Society receives generous, year-round support from Shutterstock, the National Endowment for the Arts, and the New York State Council on the Arts with the support of Governor Andrew M. Cuomo and the New York State Legislature. American Airlines is the Official Airline of the Film Society of Lincoln Center. For more information, visit filmlinc.org and follow @filmlinc on Twitter.
Posted by Steve Kopian at February 07, 2018