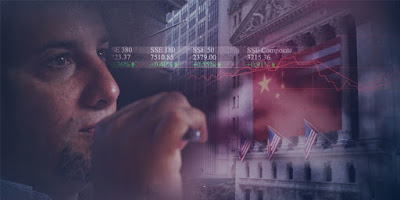 THE CHINA HUSTLE
In the midst of the 2008 market crash, investors on the fringes of the financial world feverishly ought new alternatives for high-return in the global markets. With Chinese indexes demonstrating explosive growth, this country suddenly emerged as a gold rush opportunity with one caveat: US investors were prohibited from investing directly into the country’s market. Makeshift solutions led to a market frenzy until one investor discovered the massive web of fraud left in it’s wake. Jed Rothstein’s
documentary uncovers the biggest heist you’ve never heard of.

Sponsored by the Greater Port Jefferson/ Northern Brookhaven Arts Council, the Port Jefferson Documentary Series brings directors, producers or stars of each film into the theater for an up-close and personal question-and answer session. Our guest speakers will be Dr. Juan Carlos Conesa, Prof/Chair of the Dept. of Economics SBU; plus a member of the film’s production team