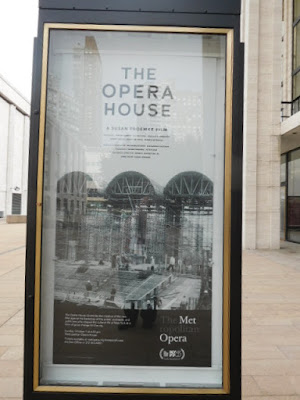 The Opera House is a messy love letter to the Metropolitan Opera and it’s home at Lincoln Center. Told from the point of view of people who worked and performed there (Leontyne Price in particular) the film leaves a lots of details out in order to fill the almost two hour run time with wam remembrances.

Beginning with stories of the old Opera House built in 1883 the film looks at the history of the Met and it’s strive to move to a new location. The desire to move started just after the opera house had been open for two decades when the grand structure was already out of date. The company would eventually movie some six decades later when Lincoln Center was finished. It’s a story full of lots of laughs and some sadness (whole neighborhoods had to be demolished to build Lincoln Center). Ultimately it’s a tale that will put a smile on your face. 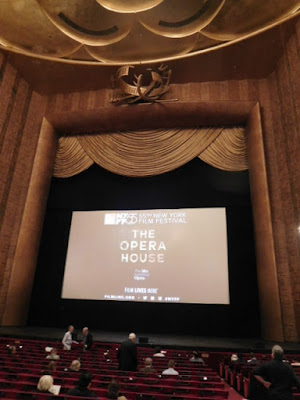 Never intended as being the be all and end all the film does what it is supposed to which is pay its respects to the building and the company that inhabits it. I enjoyed the hell out of the film a great deal, and while I really wish it went into more detail, I loved what was here especially the interview Price did (They need to do a biography of her). On its own terms this is a good little film.

While I like the film seeing the film’s world premiere at the opera house itself was one of the top ten things to have experienced at the New York Festival ever. While sitting in the opera house is always a magical experience, being able to see the place come together on screen while being able shift one eyes and see the finished product was incredible. Seeing something like the story of the chandeliers after watching them rise to the ceiling an hour before was just crazy ass cool…which was what the whole experience was. I just can’t explain what you missed not being there. 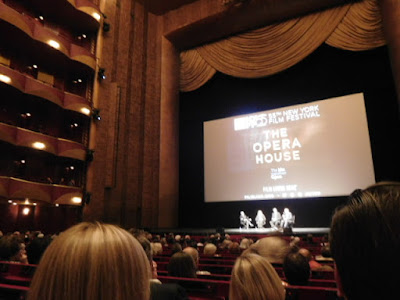