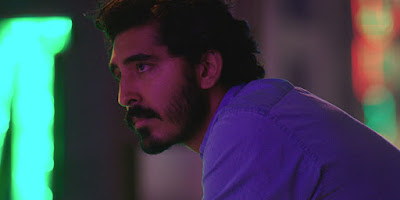 I’m a big fan of Dev Patel, which is why I wanted to see one of his two new movies premiering at Toronto Film Festival.

The film started off suspenseful.. a man packing a bag with numerous passports and clothing, arriving in Pakistan, renting a car, and soon after buys some guns.

Not too long after, he sneaks into someone’s apartment and kidnaps a woman. You’re on the edge of your seat wondering who this man is and why he kidnapped this woman and what’s going to happen.

On the car ride we find out he was hired to kidnap her to get her away from her family and arranged marriage, and the movie kind of goes downhill after that. There was some romance which I found predictable. Overall, it became quite boring, and we never find out anything about Dev Patel’s character. Who is he? Has he kidnapped people before? What’s his story?

Felt like things were missing, film felt hopeful from the synopsis and the beginning, but fell short. I was disappointed.