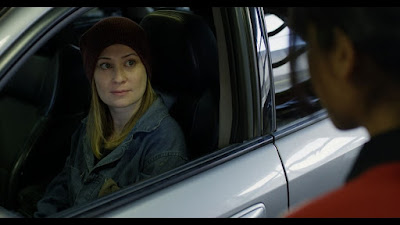 When Lori, an auto mechanic, discovers that her sister-in-law may be having an affair, everyone in her orbit begins to ponder their romantic status.

This very funny and frequently charming rom com is a true delight. An expected winner, the film delights thanks to pretty much everyone being a winning character. These are people you'd really like to hang out with. While there are times the film can follow the romcom formula a bit too closely, it still never really disappoints and it makes you want to see it a second time just to hang out with the characters again.

If there is any real flaw in the film it would be the role of cuckolded Matt. More a cartoon than a character, I groaned in the opening minutes since he seemed to portend a different film. Luckily while key to the plot he isn't the focus so his goofy behavior doesn't really get in the way of the rest of the cast and the characters who are so good that we are charmed and swept along.

So long as you can kind of forgive Matt's bad behavior, KINGSWAY is an absolute delight. Highly recommended.
Posted by Steve Kopian at September 05, 2018