I have had a blast watching the films at the Camden International Film Festival. The films have delighted me in ways I hadn’t thought possible. In the course of going through the the festival slate I ended up programming a mini-side bar for myself of three sterling observational documentaries. If you can see any of them you will find yourself completely enraptured at not only the films but the sheer expanse of the form.

FIRST STRIPES
From the first long take image of a group of new graduates from the Canadian Military Academy to the final shot which is a variation on the first FIRST STRIPES delights.

A look at a class of cadets as they arrive to when they graduate this film is a you are there delight of the sort that would please Frederick Wiseman. Shot in perfectly framed widescreen images this film sucks you in and carries you along with the cadets, making you a de facto member of the group. Events play out in extended takes giving us a wonderful sense of what the life is like.

I was absolutely enraptured.

Recommended, even more so if you love the work of Frederick Wiseman 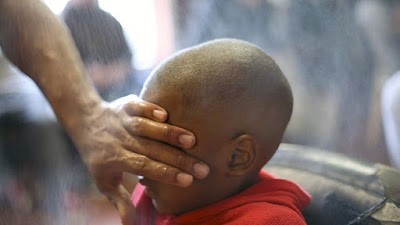 HALE COUNTY THIS MONING, THIS EVENING
RaMell Ross’s masterpiece look at life in Hale County via images take at various times of Ross’s days. People talk, drive cars, bowl, play basketball, sit and whatever else they do.

Beautifully shot and deceptively simple this is a film that crawls into your soul and sets up a home. It is such a magnificent portrait of life as it is lived that it is the film that I would hand it to aliens if they ever landed and wanted to know what is life like.

Hands down one of the best films at the Camden International Film Festival its destined to appear on my Best of 2018 lists as well.

Documentary filmmaking doesn’t get much better than this.

Not only is HALE COUNTY playing at Camden this weekend it is also beginning a regular theatrical run in theaters including BAM Rose Cinemas in Brooklyn and the IFC center in Manhattan. More theaters will follow. 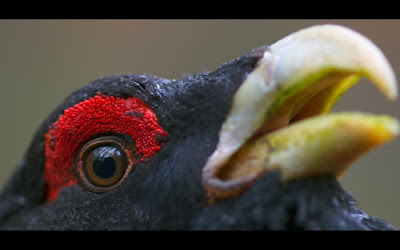 THE ANCIENT WOODS
The sights and sounds of a forest.

Slow meditative, gorgeous and spectacular. This is like taking a slow walk in the woods without any electronics. All we hear is the sound of the forest, the wind, the rain, the occasional person working to survive.

If yhou want to go on a trip and totally relax and reset this film is for you.

If you can see this on a big screen with great sound. You’ll take a vacation in 90 minutes.

If you end up seeing this streaming or on home video watch it in the dark, with no distraction s and headphones. The sound is that of nature and you don’t want the sound of modern life to intrude.

Magical and highly recommended.
Posted by Steve Kopian at September 11, 2018