The Public Image is Rotten starts at the Metrograph Friday 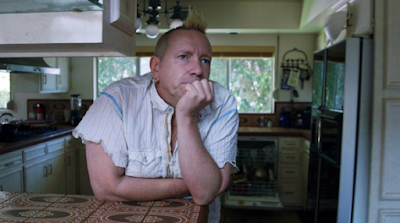 With THE PUBLIC IMAGE IS ROTTEN opening at NYC's Metrograph Friday I'm reposting the short piece I did when the film played the 2017 Tribeca Film Festival.

THE PUBLIC IMAGE IS ROTTEN is a portrait of the the group Public Image Limited and it's lead singer John Lydon.

A very good look at Lydon and the group the film is going to play best for fans who really know the groups music. I know them more by reputation so I started to get lost as they started to speak of specific albums and songs. I liked it a great deal, I just wish I knew a bit more so I could have followed along.

Recommended for fans or those who want to see what a cool guy Lydon really is.
Posted by Steve Kopian at September 12, 2018