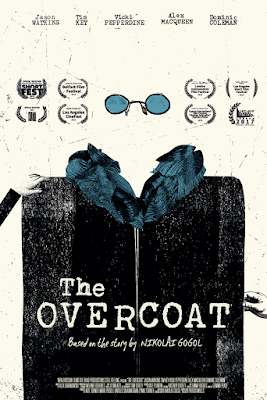 Based on a tale by Gogol, this is a solid little short film that tells the tale of a nebishy bureaucrat who is torment by his co-workers because of his overcoat. When he goes to his tailor to get his overcoat repaired, his tailor declares the coat irreparable and advises him to buy a new overcoat.

Looking more like an expensive feature rather than a short, The Overcoat shines on every level. The cast is perfect. The look is impeccable. I would swear that this should be expanded into a feature except that the pacing is so on target I can’t imagine it could be improved upon or expanded.

A highly recommended film, The overcoat is playing at the Arena Cinelounge in LA and will play at Aesthetica Short Film Festival in November.