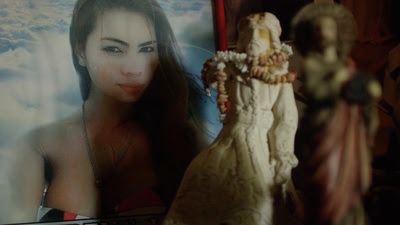 Heart breaking and heady CALL HER GANDA is a truly sad film. While focusing on the murder of Jennifer Laudes literally at the hands of US serviceman Joseph Pemberton, the film lays bare the piss poor treatment given the Philippines by United States as well as reminding us how dangerous it is to be transgender.

There is so much in Call Her Ganda I don’t know where to begin. The film is such an emotional rollercoaster that even some months after seeing the film (I saw the film originally during Tribeca) I am still processing it and still trying to find the words.

Director PJ Raval beautifully balances all of the factors at play in the case. I love that no matter where the discussion goes we never lose sight of the fact that there was human being at the center of it all. Raval keeps this a personal story with the result that our emotions are moved. Too often when we are discussing gender and international politics we forget the people sparking the discussion. Raval makes certain that Jennifer Laudes is front and center.

While I knew things were tense between the Philippines and the US I never realized how bad things were and how badly the US abused what is supposed to be a sovereign nation. I never realized that the US military basically carte blanche to beat rape and kill without any real fear of prosecution. I truly didn’t know that until Pemberton had been convicted of Laudes’s murder no service man had ever been successfully prosecuted. Money be damned I’m shocked that the people living near US military bases didn’t kill anyone who left the base. America should be ashamed.

I don’t know what to say but go and see it and be moved.
Posted by Steve Kopian at September 17, 2018