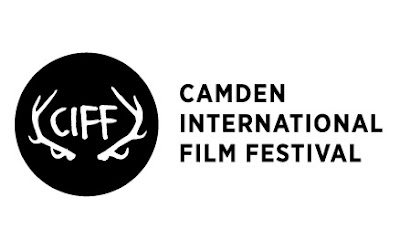 Thursday is the start of the Camden International Film Festival in Camden Maine and we are better for it.

The festival is a glorious celebration of documentaries from across the globe. It’s a perfectly programmed festival that rivals some of the bigger festivals but in a smaller more manageable dose. I’ve seen close to thirty of the features screening and while there are some I like more than others, there are really no bad ones. (There are only ones that look weaker compared to some of the best films of the year.)

Yes, the festival is screening some of the best films I’ve seen this year. There is a full list of recommended titles below, but films like MAIDEN, HALE COUNTY… and SCIENCE FAIR are titles people will be talking about for the Oscars and years to come. There are so many great titles that keeping our must see list was nigh impossible.

The festival is a fantastic collection of documentaries and if you like or love the form the fest is the perfect way to see a lot of films in a short amount of time. It is as if the programmers found out what was going to play at all of the big name fests and then hand chose the best ones.

And you have to go. I was speaking with one of the PR people about how great the festival was and they said I should try to come up because of all of the guests who were going to be there. I serious considered it until I realized I couldn’t manage the time off on such short notice. (Next year I’ll give it a shot).

While I can’t go, there is no reason you shouldn’t.

To help you pick what you see when you go here are some films you should see- First up are the films we saw at other festivals earlier this year. They are all good and recommended. Click on the links to go to our original review

THE PROPOSAL- one of the best films at Tribeca was a wonderful unexpected delight about director Jill Magid's quest to do a project about architect Luis Barragán and how the woman controlling the estate thwarted her (and everyone else) at every turn. A one of a kind masterpiece about creativity and turning adversity into art.

SCIENCE FAIR – Joe Bendel saw and loved this look at a science fair at Sundance and loved it. It’s a film about which there is some Oscar buzz.

THE ISLAND OF HUNGRY GHOSTS- brilliant (but not for everyone) look at how human migration is criminally restricted while we go to great lengths to aid animals in their marches. Deeply haunting and visceral. And director Gabrielle Brody is going to be at the festival and having met and spoken with her at Tribeca I highly suggest you go. She is a delight and even should you not like her film you will gain vast respect for her and her film after talking to her.

BLOWIN UP- a look at a specialized court handling cases of women charged with prostitution.

And here is our list of films we saw as part of the coverage of the festival  and strongly suggest you get tickets to (reviews for all are coming starting tomorrow):

COMMANDER ARIAN-A STORY OF WOMEN, WAR & FREEDOM- great portrait of the leader of an all woman fighting unit in Syria who is wounded and yet refuses to give up the fight. This is the story of a great soldier, a great human and the very definition of Girl Power. One of Camden's and 2018's best.

EASY LESSONS- Portrait of a young woman who fled from Somalia and now is trying to make make a life in Hungary. It movingly reveals how difficult it is to balance one's old and new lives while a refugee.

THE GOSPEL OF EUREKA- the varieties of religious experiences in Eureka Springs, Arkansas marvelously revealed in a loving portrait.

FIRST STRIPES- Frederick Wiseman would be jealous of this portrait of life in the Canadian Military Academy. It is a must see on a big screen.

HALE COUNTY THIS MORNING, THIS EVENING- snippets of life is as good as documentary filmmaking gets. If one wanted to know what life was like I would show them this film. This haunting film is becoming one of my favorites of 2018

MAIDEN- Another one of my favorite films of 2018 is about Tracy Edwards who put together a crew of all women to sail in the Whitbread Around the World race to prove women could be more than cooks. Glorious for so many reasons, not the least of which is it is a hell of a tale

SURVIVORS- a look at the Ebola crisis in Sierra Leone shot by filmmakers in the country. Its "you are there" quality trumps any other similar docs.

THE ANCIENT WOODS- 90 minutes in the quiet of the forest.

WHAT IS DEMOCRACY- as democracy seem to erode thanks to people in Washington who want to use the desire of a few to trump the good of the many, this thought provoking look at what democracy really is is a timely must see.

WHERE THE PAVEMENT ENDS- a look at race in America through two cites, one black and one white, separated in the 1960's by a roadblock that will hang with you for days after.

YOUNG MEN AND FIRE- as the Western United States burns, this is a look at the men and women who put their lives on the line to stop the fires.

Those are our picks- now it's time for you to go buy tickets and see some great films. For tickets and more information on the festival go here
Posted by Steve Kopian at September 09, 2018