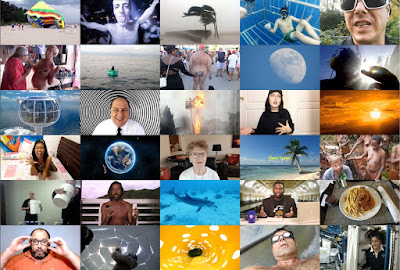 Going South
Modern age of the version of the TV clip shows that some comedy and movie theaters show casing weird things found on TV, though this time out the clips are all from the internet. From rock shows, to weird weather, a transgender woman talking about her life, to burning trees and bizarre rants and behavior this film has it all. A visual and aural assault on the senses or seemingly random bits it is broken into six parts as if that means something. I couldn’t find any, as the steady stream of clips forced me to sit up and struggle to engage.
Does it mean anything? I don’t know. After a while I tuned out because it was simply too much random information coming in with too little time to process. 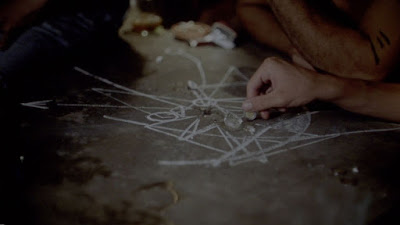 Fausto
People sit around and tell stories.
Kind of experimental film is interesting as long as I let the film wash over me but once I tried to piece things together I started to feel hopelessly lost. Virginity
Several young girls try to use sex as a way of making money and getting ahead including selling their virginity and working in the sex industry. Grim and grimy documentary about the desperation of some women who will do anything to make their fortunes. A decided walk on the seedier side of life, it is a sad reminder that life is a terrible place for most people.
Posted by Steve Kopian at September 16, 2018