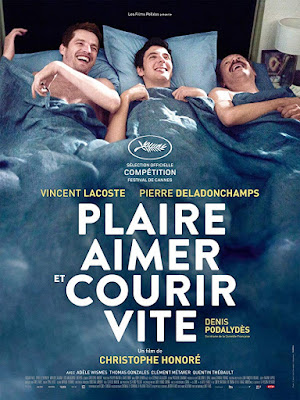 Set in 1993 Christophe Honoré's SORRY ANGEL is about a well known gay writer is mourning a dying an ex-lover from AIDS, a disease that is living inside him. As he tries to navigate what maybe his waning days he meets and falls in love with a college student.

Good romantic drama  has a great cast, some wickedly funny one liners and more than it's share of touching moments. Taken on its own terms it is a solid little time passer.

Unfortunately the film has two things going against it. The first is not really a problem of the film itself but rather the fact that it is playing at the New York Film Festival. It is very similar to the film BPM which played the fest last year, something that every writer I spoke to after the NYFF press screening noted when I spoke to them about it. While that is completely unfair it is unavoidable since both films are AIDS films set in roughly the same time period and played at the same festival. Sadly SORRY ANGEL suffers by the unfair and unavoidable comparison.

The other problem is the fact that much is unsaid. While it's clear that everyone knows and inhabits their characters there is something missing. We don't really get to know any of the characters past a certain point. They don't bleed off the screen but simply inhabit the time they are on screen. It is, as the mother of our hero's son says, "he keeps his life compartmentalized." Everything in this film is compartmentalized and  as a result I never fully connected since I kept feeling that I should have known more about the characters other than exactly what we see on screen.

Don't get me wrong I like the film, but I wanted to love it, hell there is almost enough here that I should love it, but it never cross the line into a full blown romance.

Quibbles aside, there is enough here that if the interests you I recommended it. 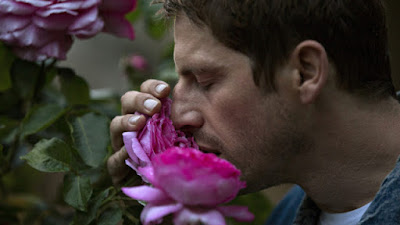