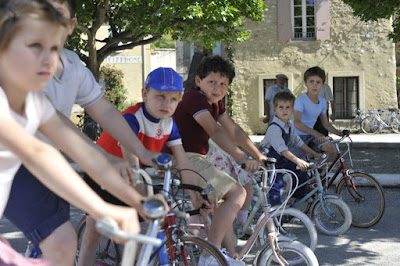 Utterly charming and often very funny film about the man who maintains a small village’s bicycles. He is so good at what he does that no one them bikes but Taburins. Unfortunately he has a big secret, he is incapable of balancing on a bicycle. Actually it’s not a secret but truth no one believes, not even the man who has come to write a book on his skill.

One of the best films playing at this year’s NYICFF- do yourself a favor and buy tickets because this film is really that good.

RAOUL TABURIN plays this Saturday and March 17. For more information and tickets go here.
Posted by Steve Kopian at March 06, 2019