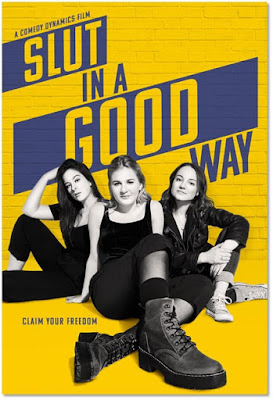 Charlotte's boyfriend reveals that he is gay and she spirals out of control. while wandering the aidles of the local Toy Depot she and her friends notice all the cute guys working there, and promptly get jobs. As seasons change the romance and sex comes and goes.

Amusing teen sex comedy is unexpectedly charming. while the film tries a little too hard to be different with some arty camera work and black and white photographers, the sterling cast wins your heart. They make some obvious laughs seem funnier than they are (for exampleCharlotte getting drunk in the play ground early on).

More amusing trifle than earth shaking comedy, SLUT IN A GOOD WAY simply entertains. While I could pick it apart (is teenage life in French Canada really an endless stream of weed, alcohol and sex?), there really isn't a point because in the ends you'll remember the delights, the laughs, the characters, and the score. (And I need to point out I love how the end credit segue effortlessly into the film)