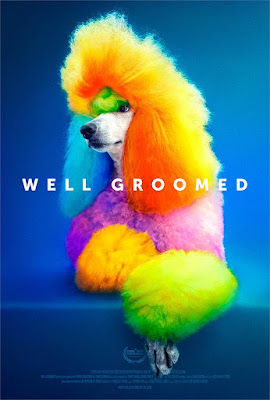 A look at several competitive dog groomers and their quest to win the award for being the best WELL GROOMED is review proof. There is nothing that I can say about this film that is going to have any effect on its intended audience. Those that want to see it will do so and love it and those that don't  will hate it.

As you can see from the poster above the sort of grooming we are talking about is not simply making a dog look normal. That would be too easy. Instead it involves cutting and coloring the air on the dogs so that they are creations that involve mermaids, dinosaurs or characters from Alice in Wonderland. Its wild and crazy and amazing .

The film follows several of the groomers as they go through the cycle of shows and work on their designs. We get a good idea of the sort of people who strive to be the best in a competition that really is out there.

I don’t know what to say. I have no idea if this film is high art but it is a great deal of fun. It’s a wild ride full of laughs and smiles and lots of disbelief. Disbelief that people can do what they do and at the fact that people would want to do it. 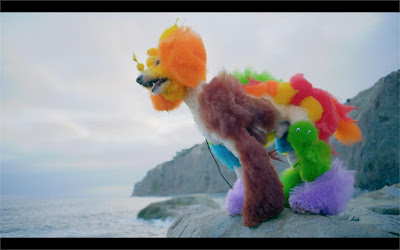