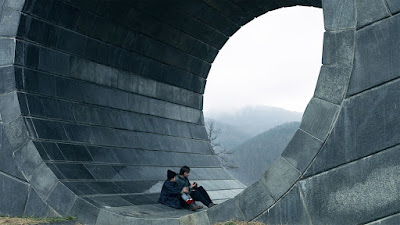 Looking almost like a color Bela Tarr film but with all hues bled out of it, The Load is a dark brooding film about guilt and secrets in a country torn by war.

A truck driver is given the keys to a truck and told to drive from Kosovo to Belgrade. He is not to stop, not to pick up anyone and not to look in the back. He doesn’t really know the way but he’ll do his best. Things go wrong from the outset when a bridge he needs to cross is blocked off by the wreckage of an “accident”. Thrown on to truly unfamiliar roads he picks up a hitchhiker who promises to show him the way.

More interested in mood than suspense this is a film that is going to play best with those who love brooding films about things other than on the surface. If you want a film of ideas this is for you. This is a film that is full of ideas, kind of at the expense of the characters who to me seemed more like pieces to move around rather than real people. And while I wanted to know what was in the van and at the end of the journey I had a hard time keeping my eyes open.

Recommended for hardcore art film fans. All others need not take the journey. 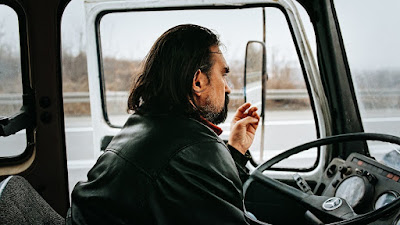