Battle of Worlds (1961) Gets a 4K special edition on Tuesday 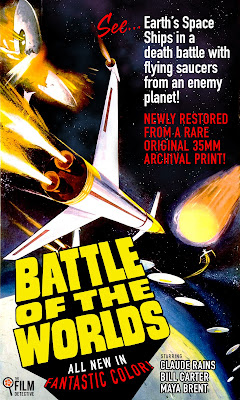 One of the first prerecorded VHS tapes I ever bought was the Italian Space Opera Battle of the Worlds. I bought it because it was a science fiction film and it was in a bargain bin so I could purchase it for a couple of bucks and have something to watch. It was a washed out, but watchable, pan and scan print that chopped out chunks of the 2.35 to 1 image. Not that it mattered it was a schlocky film and I loved it.

The truth of the matter is because the film has been kicking around in bargain bins for decades, almost always in crappy transfers no one has ever really seen the film the way it was meant to be seen, namely wide screen. We’ve crucified and laughed at the film simply because the film the presentation was not what it should be.

Okay, okay… seeing the film wide screen isn’t going to suddenly make you think the film is a masterpiece of scifi cinema but it will make the film slightly better. I mean the film is a good but slow space opera about a stray planet that approaches earth and once in orbit starts sending out craft to battle the earthlings. The film haunts me because it’s the final film of Claude Rains and because the sets of the alien planet seem to have rooted inside mt head. There is a physical nature to them that I rarely saw in Italian space operas of the period.

Releasing Tuesday Film Detective is releasing a 4k scan of Battle of the Worlds and it’s never looked better. This is another outstanding job by the company and seeing their edition is like seeing the film for the first time. To be certain the film is far from perfect but the new scan makes it clear that that the film is less cheesy then we have been thinking for decades.  The problems with the film are not the fault of the scenic designers whose work now can be seen to have rightly haunted my nightmares.

If you’ve only seen this film in a poorly transferred edition the Film Detective edition is a must more so because it has their usual slate of nigh impossible to beat extras (BONUS FEATURES: Original essay by author Don Stradley, Margheriti’s World; Full-length commentary track by film historian Justin Humphreys; all-new original production, A Cinematic Outsider: The Fantastical Worlds of Antonio Margheriti by Ballyhoo Motion Pictures; and an insert with a special surprise for TFD fans.)

Releasing Tuesday it is recommended.

I need to also mention that the film is going to be riffed by the Mads (Trace  and Frank from MST3K) on Tuesday as well. The riff was not planned as a tie in, however I do know that the producer of the broadcast is thrilled because he wants to see a good copy of the film. 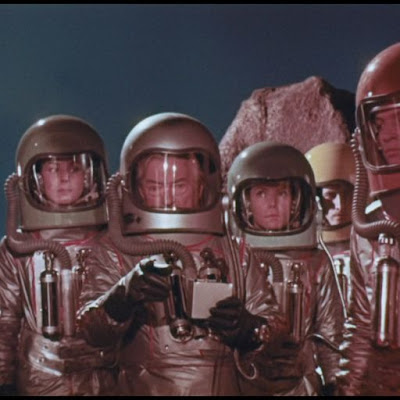