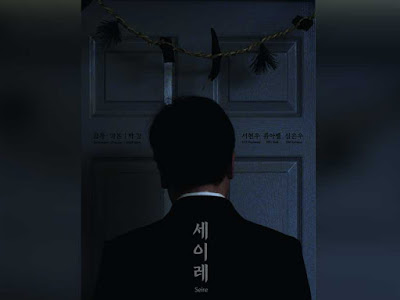 SEIRE is a horror film that is doing too much. Yes it’s a good film but the film is hurt by juggling too many balls in the air at the same time.

The film has a man going to the funeral of an ex-girlfriend despite the protests of his wife that it will put him into danger from a spiritual curse. At the funeral he meets the twin sister of the dead woman. Returning from the funeral weird things begin to happen.

While the film is horror film and ponders folk beliefs the film is also trying to deal with the memory and the past and how they effect how we see the present, not to mention a few other things. Its all well and good but in looking to do more than scare they put some dings in the shine of a solid horror film. You get a sense that the director is trying to push this to be more than a ghost story with the result it’s less scary than it should have been.

…on the other hand I may have been expecting something more since the Fantasia write up mentioned the truly frightening THE WAILING in connection to this film and I was looking for that level of fear.