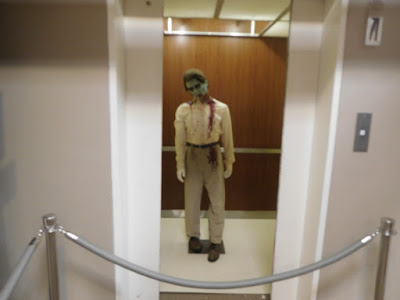 There are still a few empty slots but I suspect I will fill those with a few pick up films as well as the three interviews I did in June and July.

The Signe Bauman film is transcribed and just needs to be tweaked. It remains one of my favorites that I’ve ever done. The other two, from NYAFF are close to being finished  and should be done in short order. Expect them all to run Labor Day weekend

I’m still not sure what I’m going to do for the weeks after the New York Film Festival but I have time to sort it out.

I'm trying to decide if there will be an Unseen Film Awards this year.  I paused the awards last year because everyone's watching habits were so all over the place, we couldn't come up with a way of making it work. Would you have interest if we can pull it together?

I need four films for the annual Thanksgiving Turkeys.

I don’t know my status of press credentials for NYFF, but I know I will see at least 10 films because I have a package.

I’ve also seen two films already. Both DESCENDANT and ALL THAT BREATHES are highly recommended.

And while we are talking festivals I should be covering both Camden and Tall Grass, the later is at the same as NYFF so it should make for interesting madness.

Film discussion wise I’m burnt out. Social media is either too much on MCU, DCU and big budget series or too much on the films playing at the early fall fests and their chances for year end awards based on the people involved as opposed to what anyone has seen. Its all speculation based on gazing in their own navels

I really wish people would talk about the good films they’ve seen but no one else has. I want to find new treasures...more so right now because so much of what I'm seeing is really.