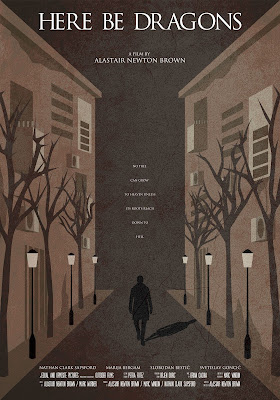 David Locke is a former UN Peacekeeper turned Crimes Against Humanity investigator gets a visit from his past. An old acquaintance shows up to say he has information that a Balkan war criminal and he wants Locke to hunt him down many decades after the fact. Wading into the hunt things become complicated as the hunt opens old wounds and makes him wonder what is the right way to handle horrors of the past.

This is a solid little thriller with some ideas on it’s mind that manages to do what seems to be nigh impossible these days, namely make a crackerjack thriller that also manages to make us think about the things we are seeing on screen. This is important today when memory is thirty seconds long and everyone wants to forget that bad latte never mind the atrocities of the past. In this case we are asked what do we get by digging up the past? And what of the criminals who say that they have changed over time?

At the same time as the film is asking questions in the shading of the film, front and center this is a solid thriller/drama that grabs us and drags us along. Sure there are a couple of bumps, but nothing is fatal since we always remain engaged and invested in the action and the characters.

I really liked this film a great deal. I liked that it wasn’t a big flashy thriller. The small scale nature of the film adds a great deal to the feel of the film. It feels real and not like a Tom Cruise thriller.

This is a gem of a film and exactly the sort of film I set up Unseen Films to highlight.