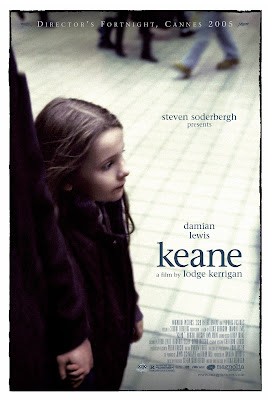 Lodge Kerrigan’s story of a man lost in grief is a kick in the chest. It’s a tour deforce performance that permanently put star Damian Lewis on the map for many people who encountered him for the first time when they saw the film.

The plot has Lewis playing a man trying to find his daughter in and around  the Port Authority Bus Terminal in New York. She had been abducted some time before and he keeps returning to the terminal in order to try and find her or the person who abducted her. The strain has clearly broken him.

While everyone talks about Lewis’s performance what is more interesting is the structure of the script.  When you see the film for the first time you don’t realize what the situation is, we think Lewis has just lost his daughter and he is going up to random people to ask for help. While some of the interactions were scripted some were not. And the result is a film that breaks us six ways to Sunday. Its only after we’ve followed Lewis around a while that it becomes clear that something isn’t right with him and what we thought was true isn’t entirely. As a result we sink deeper into sadness.

When I saw the film the first time I was floored. Its just a giant ball of emotion. We are inside Lewis’s character’s mind and its heart breaking. Later viewing changed things slightly in that knowing what is going on alters how we see things and we have distance, but it still haunts us.

If you’ve never seen Keane you must give it a go. And if you haven’t seen it in ages, like me, you should revisit since its still haunting .

(Random Fact when the film was released to home video originally the DVD included an alternate cut by Steven Soderbergh that tells the same story but through Soderberghs eyes. Its an intriguing look at how editing effects a film)